Bit of a tiring weekend, sorting through papers, files, magazines, books that all needing clearing out of our large downstairs room, so new flooring can be put in. Still to be addressed is all the media–CDs, DVDs, VHS! Many of the latter I expect to finally discard (though I do still have a working player), but I plan to hang on to the CDs and DVDs for the time being. Even though they’re rapidly becoming obsolete themselves.

One concerning thing about DVDs disappearing is that with them seem to go the “extras”. I realize that plenty of people don’t give a toss about the “extras” on a DVD; they just want to see the movie. So the alternative of downloading, or using Netflix (which never includes extras, I hear?), suit them just fine.

But me, I like a good “extra”. I’m a bit a analytical, and if a movie makes me think, I like to see if the extras provide any answers. I therefore still rent physical DVDs (albeit from an online service). And though my movie purchasing has slowed way down, I can still be lured in by the offer of juicy additions to a movie I really enjoyed.

When I discovered that the European version of Ken Russell’s Tommy had a whole extra disc of “stuff”, none of it available on any North American release of the movie (and also not findable, at least by me, on any torrent site), I had to get it. I have reconciled myself to the fact that I basically love Ken Russell’s Tommy, despite its excesses, sexism, controversial portrayal of pedophilia, and casting of people who can’t really sing. For me, that’s just outweighed by the incredible visual design of the film, the effort at teasing out a semi-coherent narrative from a muddled LP, and of course, the sheer beauty of Roger Daltrey. 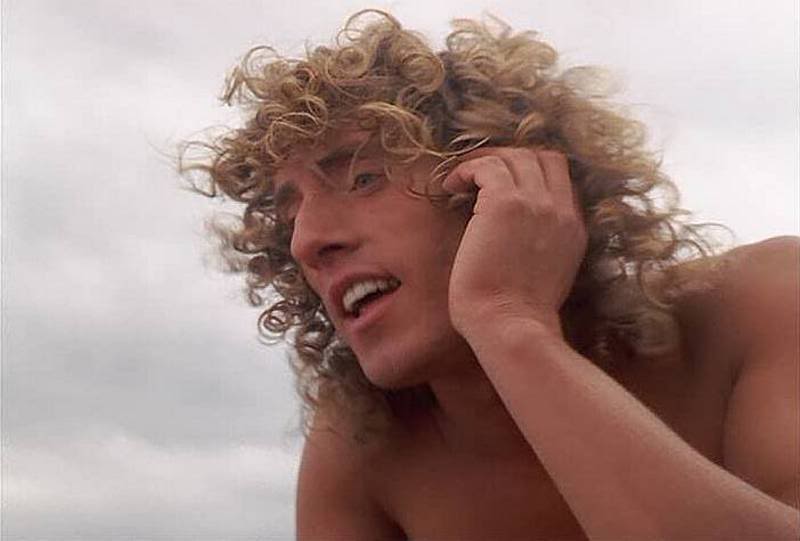 Finding a European copy proved a bit tricky, as the movie is going out of print. But via Ebay, I did my hands on a German version. (The movie and extras are all in English, of course; it’s just the subtitles and navigation and cover that are in German.) It was PAL format and Region 2, but Ebay also offers region-free DVD players at a good price, so I was set.

And now, from her interview, I know what Ann-Margret was thinking during her infamous writhing in beans, chocolate, and champagne scene. (At one point it was “ouch!”, because she badly cut her hands on the broken glass.)

Ann-Margret losing herself in the role

Unfortunately, they didn’t ask her one of my other questions, which was how she felt about having been cast a “mother” to someone just 3 years younger than she. Daltrey kind of covers that, though, saying that his biggest acting challenge here was trying to pretend that the gorgeous woman draped all over him in certain scenes was his “mom”.

(Honestly, those two look like they want to devour each other in some scenes. I’m curious to see what Ken Russell has to say about that in his commentary, but I’m not up to those parts yet.)

It seems that no one but Daltrey was ever seriously considered for the lead, but Townshend does say the age thing gave him pause. “Well, Roger wasn’t a natural choice to me! He was a bit long in the tooth for it.”

And what did Ken Russell, an older man who preferred classical man, think of working with the ‘orrible ‘oo, reputed to be so ill-tempered, out of control, and generally nasty bunch of guys? He said:

He [Daltrey] was as good as gold, full of suggestions, willing to do take after take. He suggested things, very inventive, very imaginative guy, and one of the nicest people you will ever hope to work with.

In fact, I was told at the beginning, Oh, you don’t want to work rock stars, they’ll make your life a misery, they’re difficult, they’re drunk. They were the nicest people I’ve ever worked with! They were good as gold. They were like little babies! They were just sweet.

The Who. Sweet as little babies. Where else am I going to hear something like that, but on a DVD commentary track? How will I find out these things, in a future world with no “extras”?

One thought on “Missing from the North American version of Tommy”