Concerts, plays, stand-up, and movies are sometimes an escape from current events, sometimes a reflection of it.

The two final concerts of the KW Symphony’s season, featuring new conductor, Andrei Feher, were both sellouts. The draw, besides Feher himself, was the performance of Beethoven’s Symphony No. 9 in D minor, a choral piece better known as the Ode to Joy. It’s always a worry, when facing a 65-minute symphonic live performance: Will my pop-music brain be able to stay focused for that long?

But Beethoven’s skill as a composer made that pretty easy, actually. And the lively conducting didn’t hurt, either.

The concert began, though, with an original piece by a native Canadian composer, Barbara Croall. It was a musical interpretation of a mystical, visionary ceremony in which Anishinaabe get in touch with nature—and humankind’s damaging effects on it. Croall performed as a singer in the piece, which takes us on a day’s journey from dark to light and back to dark.

It was very different from Beethoven, as you might imagine. But equally engaging and moving. Made for a very satisfying overall concert experience.

Jeans’n’Classics perform orchestrated versions of popular pop and rock songs. We used to go to all of their shows, but had stopped more recently, when they stopped performing with the KW Symphony (in favor of a smaller, and therefore cheaper, group of classical musicians). But, I really wanted to hear orchestrated Prince.

They played two sets, with an intermission. Both featured first Bowie songs, then Prince ones, each section handled by a different singer (understandably). The Bowie parts were fine; the man wrote some excellent songs. But the energy in the place would just go through the roof whenever the Prince would kick in. Just so much more funky! And very ably handled by Gavin Hope, taking a break from his usual gig with The Nylons, along with singers Kalalin Kiss and Andrea Koziol, who each got featured in a duet.

To me, much as I like Bowie music, this show could have been all Prince. But then, these orchestrations don’t write themselves, and maybe it was a challenge getting enough Prince songs ready. (Bowie has been in their repertoire longer.)

Kathy Griffin: Laugh your head off!

Kathy Griffin put this show, and tour, together in response to the trouble she got into about a year ago after a photo of her holding a ketchup-dipped mask of Donald Trump was published on TMZ. There was an outcry that went to the highest levels of government. She was fired from various TV jobs, her live shows were cancelled, and she found herself under FBI investigation. 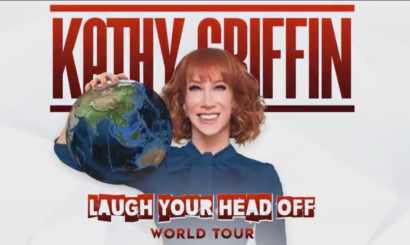 Much of what happened to her isn’t all that funny, so her almost-three-hour long (yes!) show touches on many other subjects, such as the fun of living next door to Kanye and Kim Kardashian, the weirdness of doing a show for Donald Trump with Liza Minelli (before all that happened, obviously), what Wayne Gretzky is really like (a bit of a hoser), and life with her alcoholic but loving mom. In fact, Griffin switches subjects so rapidly ,and goes on so many tangents, that Jean had trouble keeping up.

It was an impressive performance. So much energy! And the crowd at Centre in the Square (she informed us that the people in Toronto thought it was hilarious she was going to Kitchener of all places) was very different from the symphony! Younger, gayer (as a percentage), livelier, and very warm. It was, mostly, very funny. She manages to bring humour even into (most of) the darker topics—the abusive and threatening messages she and her family received, the loss of support from people she thought were her friends, the interrogation itself, being on the no-fly list, the effect on her livelihood…

It’s great that she’s found a way back, even though she had to take a pay cut to do it.

This was a family outing in Toronto. We bought tickets months ago. But we saw it just days after the US administration imposed punitive tariffs on Canada and followed it up by insulting the Prime Minister, backing out of the G7 statement, and offering Canadians a “special place in hell”.

So it was bittersweet watching this musical about the residents of the small Canadian town of Gander doing everything they could to accommodate the thousands of mostly American travelers who ended up stuck there when US airspace on 9/11. (Aside: This was the musical that Justin Trudeau escorted Ivanka Trump to in happier (?) times.)

How do you make a story of an event like that? By focusing in on a small number of the thousands of travelers, people of different races, religions, and sexual orientations, and following their experiences in that small town (population 7000, doubled overnight). And interspersing that with the logistics that the Gander residents had to deal with: Where will they all sleep? (Among other things, people put them up in their houses.) How do we keep all this extra food fresh? (Re-purpose that hockey rink.) What about the animals on those planes? (Send out the SPCA lady!)

It really is a heart-warming story, even as it doesn’t shy away from some of the darker aspects (such as the prejudice against Muslims). It’s often very often. And it has great fiddle music, which, my Dad pointed, really moves the story forward.

Come From Away Quotes {Taken out of Context}

Source: Come From Away Fan Blog

After a series of sold-out shows, it’s been extended in Toronto, again. I would recommend it.

Pride and Prejudice and Zombies

I don’t know what all the complaining is about. This movie is exactly what the title suggests: Jane Austen’s Pride and Prejudice. Only, with zombies. You like the story of Elizabeth Bennett and Mr. Darcy? You like seeing kickass women (and men, but mostly women) take out the undead? (These are basically the evil undead, not the nice “they’re just people with a problem” undead of iZombie / Santa Clarita Diet.) If yes, then you’ll like this movie! 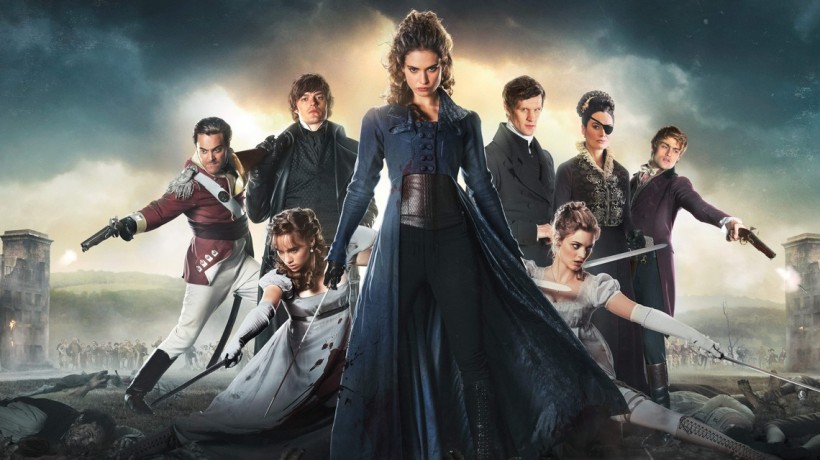 Nobody puts Elizabeth Bennet in a corner

Really. We enjoyed it. It was fun. (I thought maybe the bad guy had a point about the zombies and the placating them with pig’s brains, given that they reproduce so much faster than people, and that the good guys dismissed that idea a little quickly, but still. Overall, this is a non-guilty guilty pleasure.)