Mainly, we wanted a little getaway. Lots of advantages to travelling in the off-season, which is why we do, but it also kind of bites when everyone else is taking vacation and you’re not. So we thought we’d at least go somewhere on the long weekend in August.

Only we left that decision kind of late, which definitely limited our options on where to go. We looked into the Finger Lakes region of New York State—not the cheapest area—but even though it wasn’t a long weekend there, we couldn’t get the accommodations we wanted. Port Stanley had availability on Sunday night, but not Saturday. Other Ontario inns were a similar story.

So, we ended up at the Pelee Motor Inn in Leamington. The name of it sort of played on our mind, and we got worried we’d be staying at some semi-dive. But it turned out to be a perfectly nice hotel. We had a big room with a king size bed, sitting area, fridge, microwave (which we didn’t use, but there it was!). It also had this huge swimming pool and games area, with water slides, and badminton courts, and whatnot (which we didn’t use either, because it always seemed rather full of kids, but there it was!)

We didn’t have big ambitions for the trip. We planned to visit some wineries, do some hiking in the parks, try to find some decent places to eat, despite nothing much being listed for the area in Where to Eat in Canada. And Jean hoped to get some photos.

On the way down we stopped in Port Stanley, going to the always good Me and Suzies for lunch. We ate on their patio. We shared Lake Erie smelts to start, which were great. Jean followed up with perch, while I had chicken tagine. His was better. From their all-Ontario wine list, we tried a glass of sparkling wine from 20 Bees, which was very drinkable, along with an interesting (in a good way) white blend from Organized Crime, called Mischief. (I think both must be restaurant wines, as neither seems available for sale from those wineries.)

Another stop on the way, just on a whim, was at Smith and Wilson winery. This proved a good thing, as we really enjoyed their wines. They had a nice, drinkable sparkling called Pearl that we bought a couple bottles of. I also tasted a black cherry wine which was very nice—and not so sweet as to be un-pairable with food. But the best, though, was their 2007 Gallantry Syrah/Cabernet Sauvignon blend, a truly lovely red wine for only $18 a bottle. We bought a couple of those also.

On arrival in Leamington, we went for a little walk around the harbour, and for some reason stopped to read about each and every one of the many shipwrecks that had occurred in these waters.

We had dinner reservations at Oxley Estate Winery. It’s an interesting location, in a converted barn. A lot of people were sitting outdoors to dine, but we were warned that the bugs were coming out, so we sat inside. But it was freezing in there! Way over-air conditioned; I had to fetch a jacket from the car. 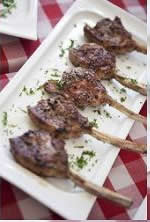 Except for that, it was a pretty pleasant meal. The highlights were definitely the appetizers: Really delicious little lamb chops that I started with, and shrimp over Thai vegetables that Jean had. For mains I had perch, which was maybe slightly over-breaded, and Jean had pork chops with delicious beans. As wines we tried their Riesling and Pinot Noir. Both were fine, but not impressive enough that we felt a need to purchase a bottle of either.

The next morning we headed to Point Pelee, having concluded it would be too complicated to navigate ferries to get to Pelee Island. It was a very nice day again, so we did some hiking. Though always pleasant to walk in the woods, and though always kind of neat to look at the Great Lakes (so much water! so little salty sea scent!), we did not find it particularly spectacular. It’s quite flat, does not have especially interesting vegetation, and we did not see much wildlife.

We were impressed by this spider web in the park. There were “Spider Control” ads all over Leamington. We weren’t sure if that was about controlling spider infestations, or about using spiders to control insects…

They did have an exhibit of various Ontario snakes there, that you could touch and everything, but Jean did well just to go near them; he wasn’t up to taking photos. (I offered to, but he didn’t seem to want that, either.)

We also took the shuttle to the Tip, so now we’ve been at the southern-most point of Canada.

Our lunch this day isn’t worth going on about; that was our one bad meal.

But on happier note, we then visited more wineries! Viewpointe Estates we visited partly for the view, but we did also try some wines. We weren’t bowled over by them, but we did leave with their refreshing 2008 Sauvignon Blanc, along with their rather smooth 2004 Cabernet Sauvignon—pretty well aged for an Ontario wine.

The grounds at Viewpointe Estates. We did walk around, but did not have a drink on their patio.

We next visited a newer one called Cooper’s Hawk. They did particularly well with off-dry whites, and Jean seemed particularly in the mood for those, so we left with Pinot Grigio, a Chardonnay Musque, and a really interesting, effervescent Riesling / Gewurtz blend called Touché.

Though we’d originally planned to stop at two, we ended up also visited Black Bear Farms Winery, which had been recommended to us by the Smith and Wilson folks. They do only fruit wines (and here Jean would point out that grapes are a fruit, so OK, they make wines only with fruits other than grapes). And everything tasted pretty darn delicious—sweet, but not too sweet, not ice wine sweet. So the key was not trying too many types, or you’d whole cases of the stuff. As it was, we left with a blueberry, a red raspberry, a red / purple raspberry, and an elderberry (blended with some strawberry and raspberry).

I did some serious research afterward, in an effort to find a decent place for dinner. We ended up at Mettawas Station in Kingsville. It’s in an old train station, which was neat.

Side view of Mettawas Station Restaurant in Kingsville

Service was unsophisticated, but good, and most importantly, food was quite delicious. I had the escargot in portobello mushrooms, which was nice; very moderate in cheese. Jean had tomato, basil, and bocconcini—hard to go wrong. We both had pasta mains: Jean the gnocchi, me the “Athena” with olives, roasted red peppers, feta, white wine sauce. They do very well with pasta. After much debate, we had a Pellee Island red blend (2010 Vinedressers) that we quite enjoyed.

There was a bit of confusion over our taking home the leftover wine, but it was sorted, and we left with the corked bottle.

Monday was mostly travel, but after breakfast and checkout, we did visit Mastronardi wines, in Kingsville (and bought some peaches from a stand along the way). We weren’t too bowled over by their wines, but did get the 2008 Cabernet Merlot. We stopped in Port Stanley for lunch again on the way back, this time dining at the Windjammer Inn. Quite a pleasant outdoor lunch there, of baked goods followed by more Lake Erie fish.