Last weekend we attended a KW Symphony concert called Sound in Motion: Music and the Body. This was part of the Intersections series, where the orchestra combines with something; this time, with a yoga instructor or “mindfulness educator”. The evening began with only her, actually, leading us through some breathing and stretching exercises. Of course, we were in street clothes and sitting in concert seats, so we weren’t exactly doing downward facing dog, but she adapted to the space we had and the fact that we could stand up.

During the first few pieces the symphony played, she continued to interact with us in various ways, leading us through movements and breathing in conjunction with the music. We weren’t to clap between pieces, but to just keep focusing inward.

For the last two pieces all was quiet, though, as we were to try to stay mindful as we just listened to the music (which were a couple of more modern classical music pieces). It was amazing how well that worked at quelling the problem one usually has at classical concerts, that the mind has a tendency to start wandering off at certain points. Maybe, if you can manage to go right from yoga class to a classical concert, you’ll get more out of it. 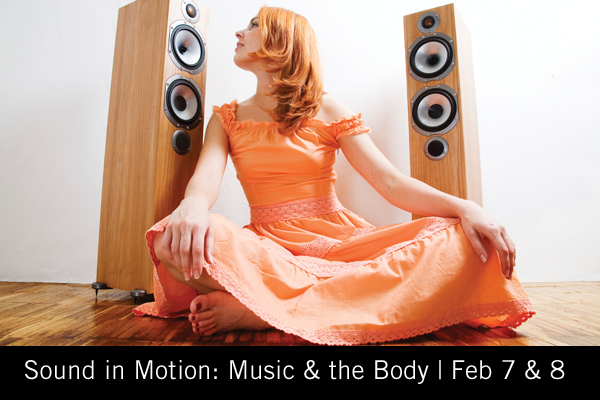 That was Friday. On Sunday I was registered into this program called Flirting with the Arts. It offered 12 half-hour arts-related sessions, of which you selected 6, to give you just a taste of what they’re like. It was held at a volunteer-run coffee shop in downtown Kitchener (itself an interesting place).

Although I thought I’d allowed myself sufficient time to get there for the 10:00 start, I was wrong. Between snow making the drive slower and the nearest parking lot being full, I arrived at about 9:59. Thanks to some jogging to get there.

My first session was by an art therapist, so focused on creating really personal art, not intended for display to others. It was interesting, but not ideal as my first one, as I was still stressed from the lateness and had trouble getting my heart rate back down to normal enough to really focus, as was the point here.

The second was on slide guitar playing. I quite like the idea of playing guitar, as it’s so much more portable than piano, and some songs I like simply sound better on guitar than piano. But I don’t know that I like the idea enough to spend the time it would take to learn.

Slide guitar playing means, basically, putting a tube on your finger and sliding that down the strings to play, rather than pressing the strings down at certain positions to strum chords. In a half hour, we just got the basics of what you can do with that sliding technique. I didn’t seem to be a natural, so I think the instructor was just being polite when he said my first efforts sounded great. But I did get better by the end.

Not destined to be the next Bonnie Raitt—note the tube on her finger, here?

Next up was acting. The lesson here was that you don’t inject emotion into words when acting; you feel emotion and project that outward, regardless of the actual words. This was explored in exercises where you had to convey a message using gibberish, and another where you had to convey an emotional backstory into truly prosaic dialogue. It was a cool session with a very enthusiastic instructor (a playwright).

We had lunch break then, which Jean came to join me for. (We went to another little restaurant rather than eat this cafe.) Then he ran away and I continued with afternoon sessions.

The first was landscape painting, and the idea was to try to paint the outline of a landscape you were imagining. My main problem was I’m not any kind of good at just imagining a landscape, so was never really sure where I was trying to go in that half hour. The results were therefore less than impressive.

Next up was portrait painting. We were instructed to bring a photo of ourselves to work from. It was the fifth time of day this artist had been teaching amateurs, and she was getting good at helping us avoid the pitfalls. It was all step by step: the head shape, eye position, and nose position in pencil outline; colour in the shadows of the face using various shades of some kind of pencil; don’t spend too long on the eyes, and don’t draw them too big (though I still did); and then take wet brush to the color and bring it life.

It was surprising how well that turned in just a half hour. Mine actually looked like me.

Finally, I had a writing session. That one was right in my comfort zone, so wasn’t as enlightening. But it was fun, especially the session in which we had to create stories by adding a sentence to what other people. One turned out quite hilarious.

So not sure if any of these flirtations will turn into longer-term relationships, but it was certainly an interesting Sunday.