We recently visited a new-to-us restaurant in Cambridge, Homage. It’s a relatively small place in a heritage building, with a wood decor, and a fairly casual, slightly hipster atmosphere. It mission statement is food that is “rooted in classic techniques, sourced from the community of farms around the area, served with respect and care”. 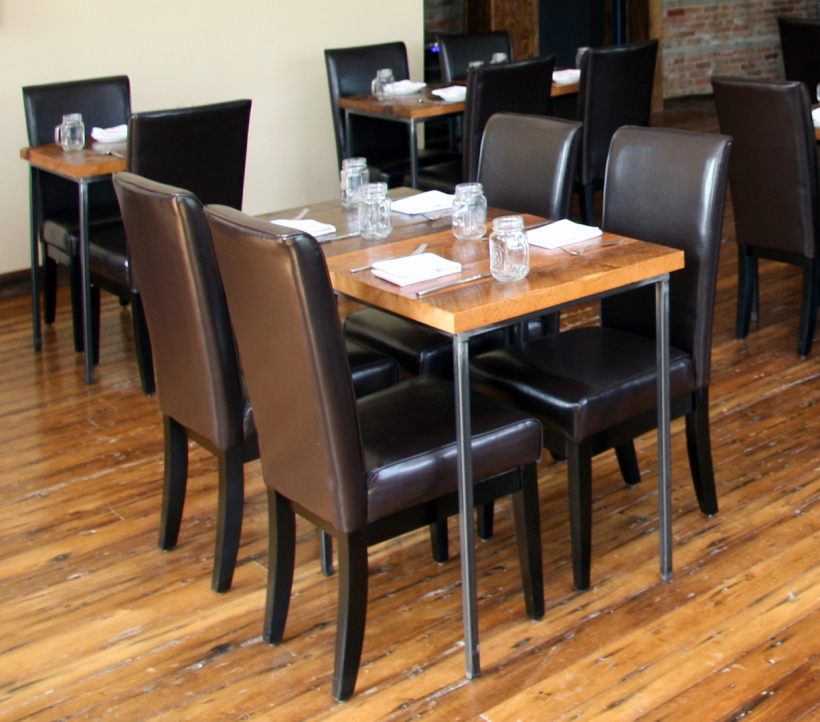 Homage interior. Not our photo; this is from their website.

We—or at least I—had been hoping to try their five-course tasting menu, but it turns out they now offer that only “upon advance request”. What they had instead was a small printed menu, supplemented with some chalkboard specials.

The menu was so small, in fact, that we all ended up getting the same entree: the vegetarian gnocchi. The other options were beef or sausage focused, which none of us were big on, or roast chicken, which we like, but which didn’t seem special enough.

We almost all had the same appetizer, too—a sweet pea soup. But then I decided to veer off into the sausage and asparagus flatbread.

Every item was very well prepared, quite flavorful, and the waiter was able to give us the farm origin of all key ingredients. Serving sizes were modest, so we had room for dessert. Two of us had the lovely chocolate parfait, another the strawberry marquis. And the bill was also modest: about $135 for the three of us, including a bottle of wine and some coffee.

And the restaurant–while admittedly not packed full–was blessedly quiet. No need to shout out our conversation.

They have a number that are also on my list:

And they don’t disqualify any for being too noisy, so both Nick and Nat’s Uptown 21 and The Bauer Kitchen are also there.

They also have a number of places that I’ve also enjoyed, but didn’t include because I haven’t been there recently enough: Ellison’s Bistro, Janet Lynn’s Bistro, Borealis Grille & Bar, Masala Bay, and Red House. (I should really get back to some of these…) 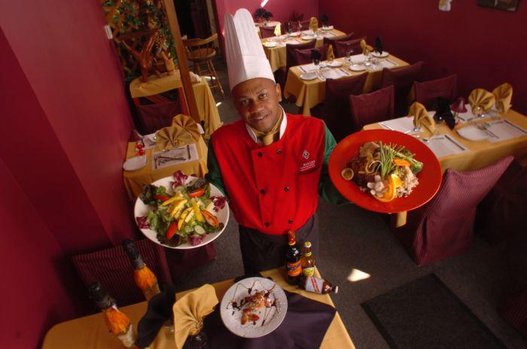 The charming Elvis Ellison, owner and chef at Ellison’s bistro. Also not our photo; this one is from Huffpost Canada.

And, they have a few more that I’m now curious about:

Then a number that I’m not interested in, because they’re just not my kind of place:

Then these are the ones that I gave love to, but Huffpost didn’t: Gilt, Bloom restaurant, Sole, Aqua (at the Crowne Plaza—apparently only now “officially” launched), Niko Niko Sushi Roll, along the coffee shops, Death Valley’s Little Brother, Princess Cafe, and Cafe Pyrus.

And their list is strictly KW, so anything far afield, like Langdon Hall or the Easy Pour Wine Bar, is also not there.

One thought on “Giving homage to Homage (and some other restaurants)”