Last weekend we went to see Stratford’s production of The Sound of Music, with my mother-in-law and sister-in-law, who were visiting.

Critics are correct in their assessment that this is very women-positive production. It’s women-dominant, for one, what with all the nuns, five out of seven Von Trapp children being girls, and the Baroness character. And there is a whole lot of smarts among these ladies: Mother Superior dispensing sage advice, Maria giving the children exactly what they need (despite only faking her confidence), young Brigitta speaking truth to power, the Baroness’ business acumen.

Not bad for a play written by two dudes.

Donna Feore’s direction highlights all of this, and skilfully manoeuvres through the most problematic song of the production, “Sixteen Going on Seventeen”. During the song, Liesl suppresses giggles at her suitor’s claim of greater wisdom, and delivers her own verse with a smirk, her goal of winning a kiss clearly in mind.

And apart from satisfying the inner feminist, the play was just plain enjoyable. The dance sequences were gorgeous, the singers and performers very gifted (with tiny Zoë Brown a particular delight), and the whole story moves along at a good pace. And it’s an engaging one; the increasing display of Nazi banners as the play progresses is honestly distressing.

Last weekend also happened to be our 23rd wedding anniversary. While Sound of Music didn’t initially seem, to me, an obvious selection for an anniversary (of course, we actually chose the outing more with our visitors in mind), it actually is a very romantic story of Maria and the Captain unexpectedly falling in love. It did the trick!

Having visitors also meant a couple opportunities to go out to dine. We had dinner at Pazzo, in Stratford. The food was very good—my roast duck main was a highlight, but the smoked trout starter wasn’t bad either—but it was crowded and pretty loud until the numbers of diners lowered. Sunday we took in lunch at Wilk’s Bar in Langdon Hall. No problems with volume or food quality here, even if the pace of service isn’t quite what it (presumably) would be in the dining hall. 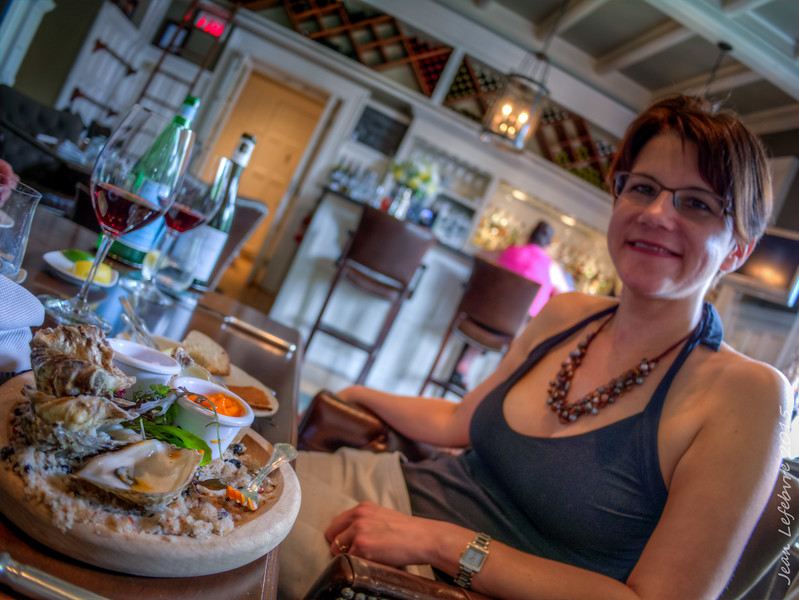 2 thoughts on “Let’s start at the very beginning”