Just because you find that life’s not fair it
Doesn’t mean that you just have to grin and bear it
If you always take it on the chin and wear it
Nothing will change.

My interest in seeing the musical Matilda was mainly that the music was written by Tim Minchin, a comedian-musician whose songs often promote reason, science, and humanism. And also cheese. 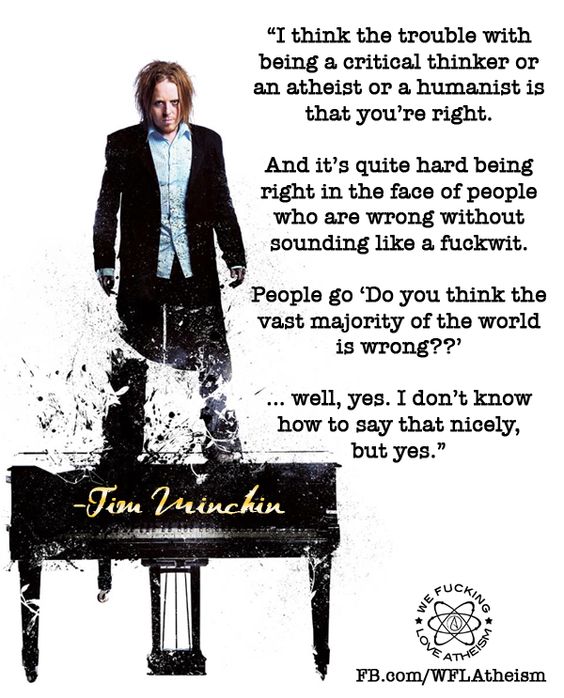 The show has also received a number of awards, though, and a great review in the Globe and Mail, so I was pleased when my sister and brother-in-law agreed to go see it with me while Jean was off canoeing.

The play opens with a chorus of children whose doting, self-esteem-boosting parents lead them to be believe they are special little princes and princesses. “It seems that there are millions of these one-in-a-millions these days / Specialness seems de rigueur.” By contrast, Matilda really is remarkable—a genius. Her thick parents don’t know what to make of her love of books and stories; they can barely stand to have her around.

In her big number, Matilda’s mother explains that “People don’t like smarty-pants / What go round claiming / That they know stuff / We don’t know / Content, has never been less important… You’ve just got to be loud.” (This is truly a musical of our time.)

School should be an oasis for such a child, but Matilda’s school is run by the authoritarian Miss Trunchbull. Played by a large man (Dan Chameroy), she cuts a ridiculous-looking figure, but is a terrifying adversary nonetheless—a bully who brooks no dissent, who cares little about fainess (once she decides you’re guilty, you’re guilty), and who favours cruel punishments.

Besides the town librarian (delightfully played by Keisha T. Fraser), the only one on Matilda’s side is her teacher, Miss Honey, who calls herself pathetic for not being more effective at standing up to Miss Trunchbull and Matilda’s parents. Matilda, endowed with a sense of justice as deep as her intelligence, realizes that this is a battle she must fight for herself. (With a little help from her schoolmates.)

But nobody else is gonna put it right for me
Nobody but me is gonna change my story
Sometimes you have to be a little bit naughty.

Three young girls alternate the role of Matilda in the Toronto production. We got Hannah Levinson, who was dang amazing, delivering each line with such clarity and perfect timing that you never doubted her sharp, mature mind. She also had a lovely singing voice.

Hannah Levinson as Matilda. Photo by Joan Marcus, from http://www.mirvish.com

With intermission, the play runs just over 2.5 hours. It moves along well, with none of the numbers seeming to drag—proving that Tim Minchin can write songs advocating intelligence, self-determination, justice, and education, without expletives in them. Much like the rest of his oeuvre, Matilda is often thought-provoking and moving—but still kind of fun!

Trailer for Matilda the Musical in Toronto