As my seasonal gift to you all, I will set aside the “political update” blog post I’ve been puttering away at and instead write about things more Christmas-y.

Though in the same province, my home town is far from where I live now. (Even Canadians get surprised at how far apart two cities in the same province can be.) Though we try to get there for Christmas, that’s normally the extent of the winter travelling to the north.

This year, however, we were lured there a mere two weeks before Christmas by Jean’s Mom celebrating her 90th birthday. She’s doing rather well! 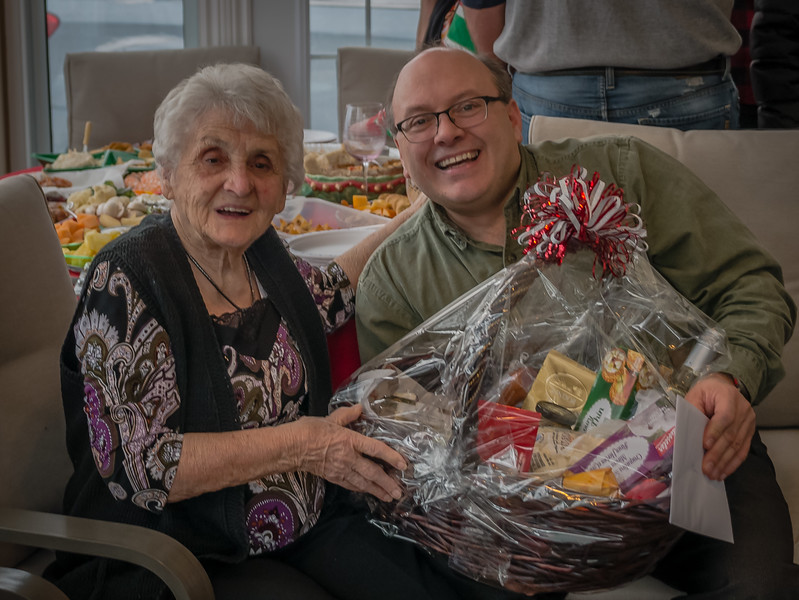 Gosh, I think I took this photo. Yay, me.

Also occurring around the same date were my Dad and my brother’s birthdays, so while at it, we celebrated those as well. 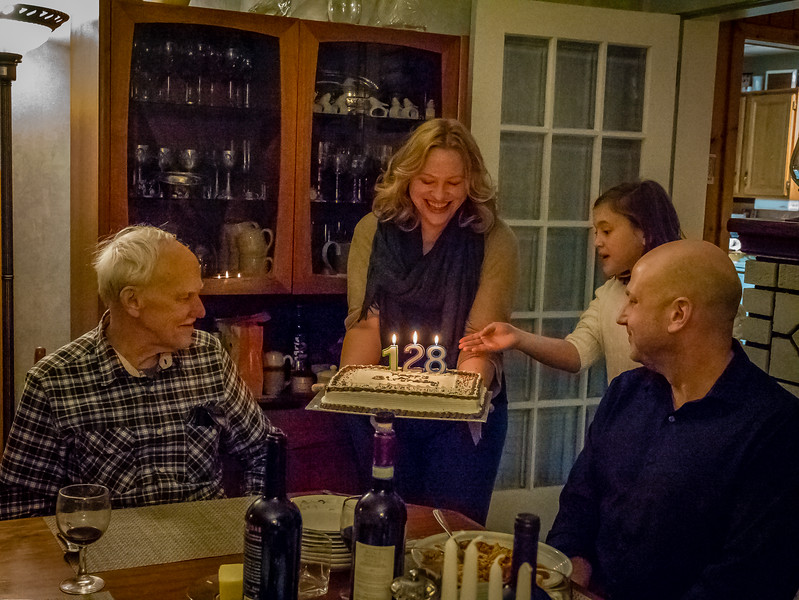 The combined ages of the two birthday boys

A snowstorm in the southern part of the province delayed our arrival back home (by plane) til the next morning, but it was a nice visit.

Being away for an extra December weekend meant condensing the amount of Christmas cooking I did, both in terms of time and quantity. (It also meant even more online gift shopping than usual.) This past Saturday I made my single tourtière, using a recipe that is now traditional to me, though not to the rest of my family. I was unable to find the ground bison that I usually combine with the ground chicken, so I tried lamb instead.

The distinctly lamb-y smell of it made me worried while preparing the dish, but in the end, it really didn’t overwhelm everything. And the crust turned out quite remarkably flaky and delicious.

Tastes better than it looks!

Sunday was when Jean and I celebrated “our” Christmas. I decided to roast a duck, not having done that in a while. I’m amazed by how many people are totally intimidated by the idea, when it’s really the same principle as cooking a chicken: stuff  the bird if you want, then put it in a roasting pan in the oven at 350 or so until it reaches 165 F. Only real difference is where a rack in the roasting pan might be optional with chicken, you really want to use one with duck, because so many fat drips out of it. You don’t want your bird floating in it.

For the duck, I consulted a Jamie Oliver recipe that involved stuffing it with ginger, rhubarb, and sage, then serving it with a broth / red wine (didn’t have masala) sauce and crisped sage on top. As sides, I made roasted Brussels sprouts with apple while Jean handled the mashed potatoes. It made for a delicious combination of food in the end. 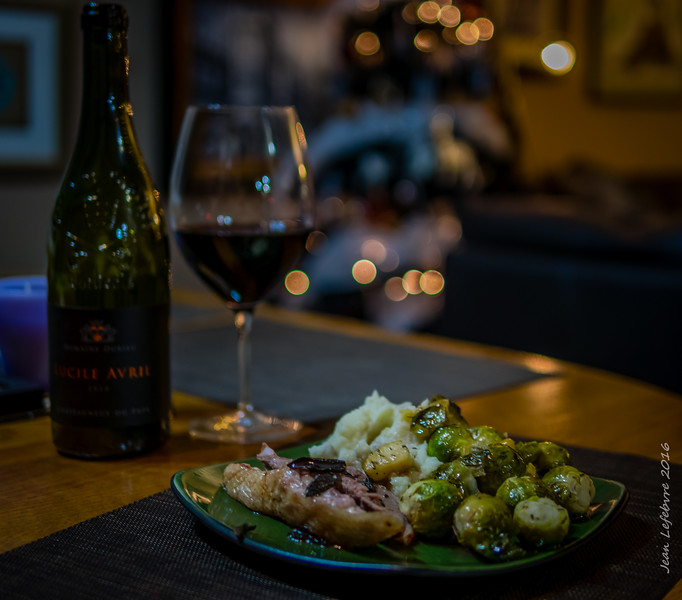 Serving it with 2010 Chateau-neuf-du-pape didn’t hurt, either

For dessert I cobbled together a nice-looking tray (if I do say so myself) of items mostly not made by me: 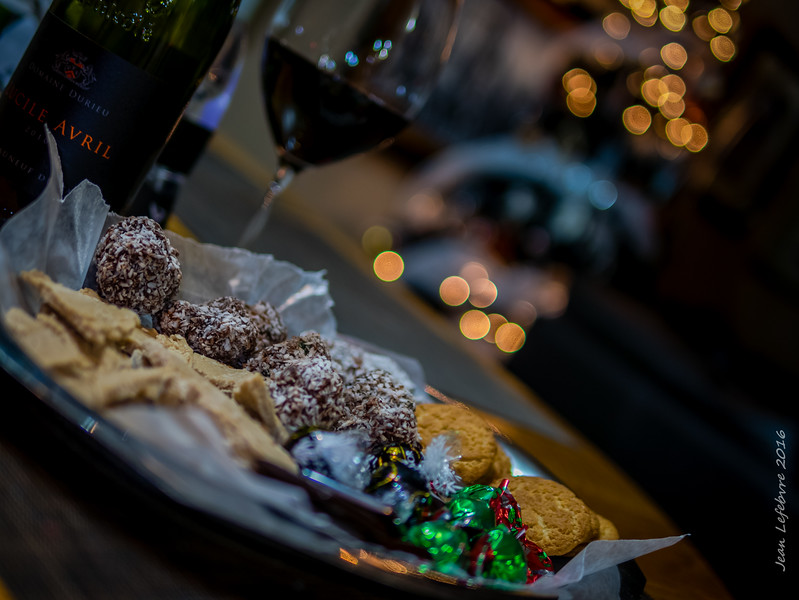 As tasty as it looks!

The sucre à crème in the forefront was my doing (sugar, sugar, and cream: with a little butter, because why not). But the rum balls were a (homemade) gift. And the ginger cookies were President’s Choice. All rounded out with some foil-wrapped chocolates.