Not taking our usual Spring trip this year has given us a bit of restlessness, I think. Hence, a couple weeks ago, my comment that were out of rosé and low on “everyday reds” inspired us to take a road trip to Beamsville wine country, rather than just amble over to our local LCBO.

Our first stop was Aure wines, where the attendant recognized us immediately, despite our having been there exactly 1 (one) time before, in October. (Mind you, we did stay for a long chat and lunch that time.) They have a small wine list, and didn’t have too much new for us try, other than a Chardonnay that purchased a bottle of.

We did get a preview taste of the upcoming Viognier release, though, and it will be really nice. Jean also stocked up on some of the Pinot Blanc he enjoys (though at the rate he’s currently drinking it, our five bottles could last five years).

They were not serving lunch, however, so we headed over to The Good Earth winery for that. It being Sunday, they had a brunch menu, which I wasn’t entirely in the mood for. I ordered the strata, which seemed the least breakfast-y option. It was quite tasty. 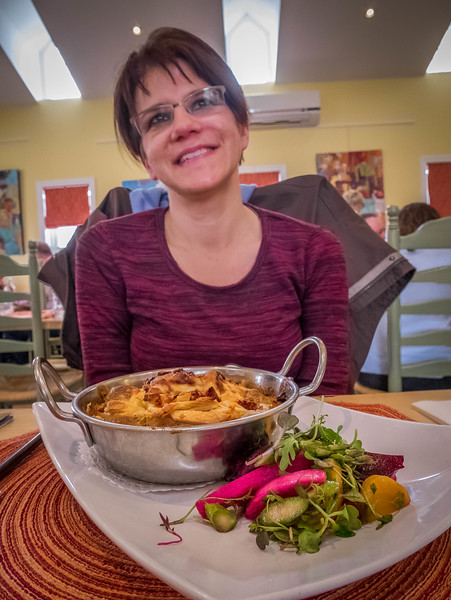 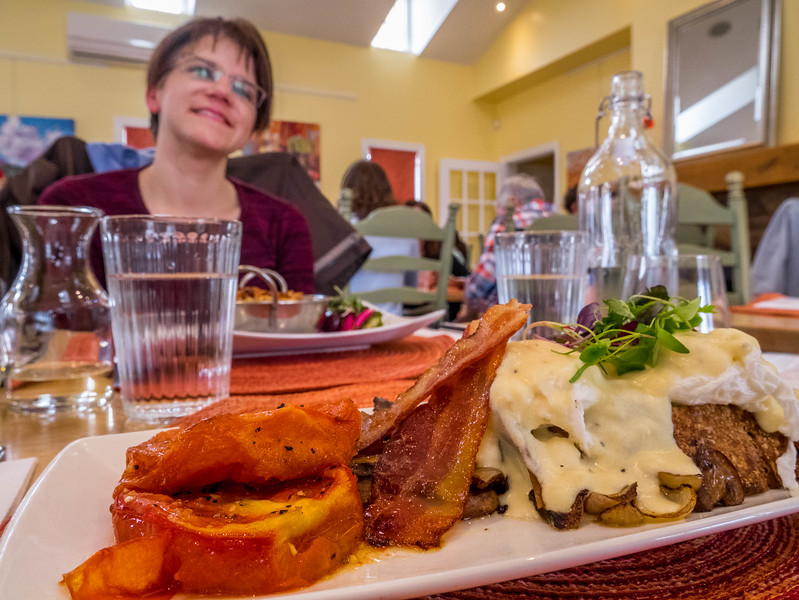 While there, after dining, we tried a few wines. They don’t have a very big offering, their philosophy being to see what grape works best in any given year and run with it. As an illustration, we tried the 2013 and 2014 Cabernet Franc wines: same grape, same vineyard, but really different taste—the 2013 being more to ours. We also got a bottle of their Big Forks Red, which they describe thusly:

None of this was helping with our rosé shortage, though, so we then went to Vieni Estates. This relatively new winery has a very different approach than the other two, in that they offer many different types of wines: red, white, rosé, sparkling, cider, ice, and spirits.

Befitting their name—vieni means welcome in Italian—they were very friendly, calling us over quickly despite it being rather busy when we arrived. They also don’t charge for or limit tastings, so you have to control yourself. Which we were only semi-successful at.

The first suggestion was that we try a sparkling, but we actually had a rather good stock of sparkling on hand at the time. Nevertheless, we had to admit their Canada 150 was really different—a red sparkling that tasted off-dry despite being extra-dry. Kind of neat and just $17, so we got a bottle of that.

Fortunately, we did find their Alleria Rosé quite nice as well. Along with their Sauvignon Blanc, a Ripasso, and the Alleria Red, which is a blend of Cabernet, Baco Noir, and Marechel Foch. They have many more options that we could try on another trip. They also sell some food items, such as olive oil, which you can also taste upon request (which we did, and it was good, and now we have a bottle of that, also).

While it’s not the Rhone, Tuscany, or Napa, Beamsville did help us scratch the travel itch. At least for a day.