Jean got involved in a MEDA project to raise funds for women entrepreneurs in Ghana. Specifically, the funds go to assist women farmers with training and loans so they can grow more soybeans and forge market links. This approach has been found to increase food security for the whole community.

The fund-raising approach was to walk the Bruce Trail, a craggy Ontario escarpment trail that runs from Niagara to Tobermory. Two women signed up to do the whole thing (900 km), over the month of July. A larger group joined for the last 100 km of it, over a week. And a larger group still signed up to walk one or two days on the final weekend. Jean and I were part of that group.

Honestly, when Jean first asked if I wanted to join him that weekend, I pictured me lounging about on the beach while he did the walking. But no, he said, I should walk with him. Oh, I said. Guess I can do that.

Beach that I didn’t get to lounge at

But, Jean seemed fairly worried about the walk, which was to be 20 km on Saturday, with Sunday off. I wondered if I should also be worried about it. 20 km did seem a bit long. Also, I’d walked bits of the Bruce Trail previously, and hadn’t enjoyed the rocky segments.

But, it was so refreshing to have him worry about things, when that’s usually my job, that I thought I’d leave it to him. The weather forecast for the weekend was great: Sunny, highs in the low 20s. So, no worries there.

When we first got to the cottages we were staying at, no members of the one-week team were there, but some did show up eventually. (Not everyone was staying at the same place.) We first talked to two ladies, both in their 60s, who discussed the challenges they’d faced. How much of it wasn’t so much trail walking as rock climbing. Having to wade through water. Dealing with the bugs (hello, DEET). The elevation. How much time these distances were taking them, because it’s not the same as doing that same distance on a nice path.

If that wasn’t enough to start getting me worried, this was the clincher: Despite their success with the previous distances, they had decided there was no way they could do the Saturday hike, which was supposed to be one of the most difficult. Instead, they were going to do two alternate, shorter segments of the Bruce Trail on Saturday and Sunday.

We then met with a MEDA representative who had joined the group for a 17 km segment that he’d found more difficult than expected. Aerobically, fine, but very tired legs by that point. And he reported that a few other people were planning alternate routes for that weekend, and we could too.

Jean was rather disappointed at the thought of all his worrying going to waste. Blame me, I said. (I really am bad at clambering over rocks. Like, worse than the average person, I think.)

So on Sunday we found ourselves doing a 12 km segment of the Hope Bay trail, which the team had found to be one of the more pleasant parts of the Bruce. It has elevation, but not a lot of rocks, and offers some nice views. 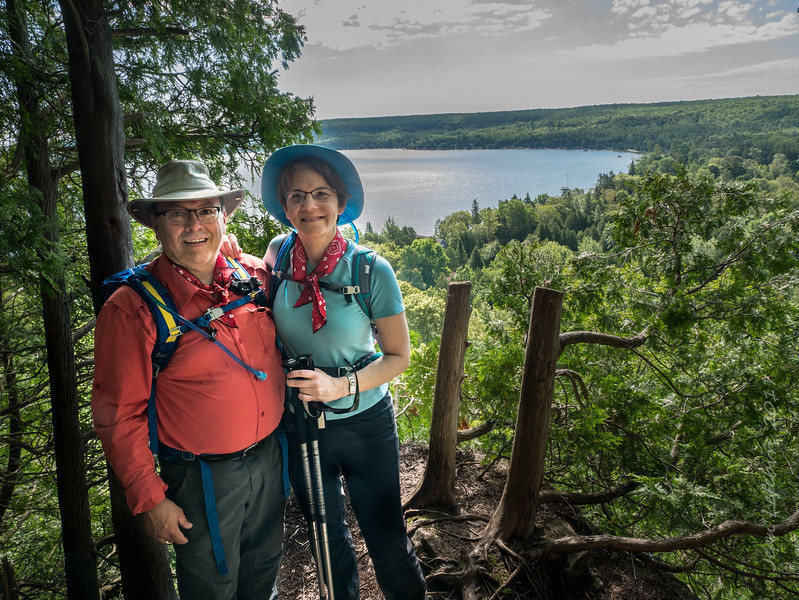 That took us a good six hours, leading me to think that a more challenging 20-km stretch could easily have taken us twice that long.

And instead of our Sunday off, we did an 8-km stretch of the end part trail that we would have done on Saturday. 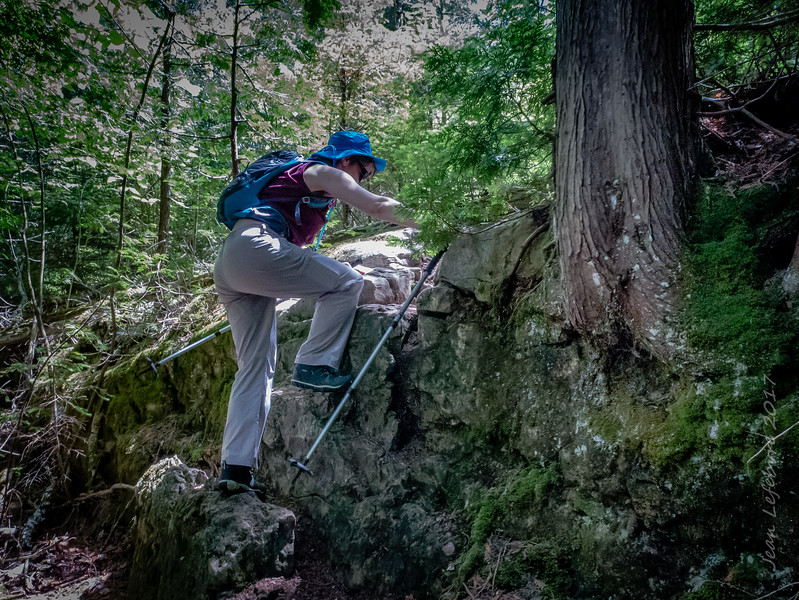 This part featured some rock climbing, but fortunately, not much

It was also a pretty picturesque segment. 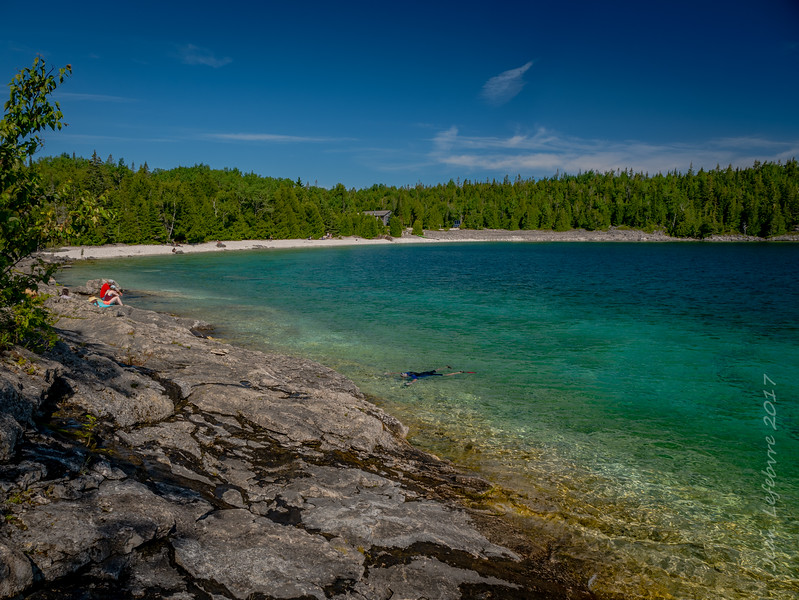 The whole effort raised nearly $100,000 for the women of Ghana. Thanks to everyone who contributed.