We seem to have made it a habit to visit the Lake Erie wine region about once a year. We’ve been liking it partly because it’s less crowded than the Niagara and Prince Edward County areas. But, seems that it, too, has been increasing in popularity recently. Though we didn’t wait til the last minute, we basically couldn’t find anywhere to stay in Kingsville. We ended up at a fine but uninspiring motel in the uninspiring nearby town of Leamington. We slept there but spent our days elsewhere.

The initially rainy forecast fortunately changed, and we had mostly sun on Friday and Saturday (though an incredible thunderstorm overnight Saturday) and just intermittent rain Sunday. Kingsville was having a Folk Festival, with Alan Doyle as the headliner. (That might have explained the difficulty finding a place to stay.) We decided not to get tickets for that, but did walk the grounds around there Friday night.

On Saturday, we did some hiking at Point Pelee park again. There were signs up that the stable flies were out (see: Be aware of the Stable Flies on Trip Advisor), so we stayed away from the tip, and we didn’t particularly notice them in other parts of the park.

We did see some less annoying wild life. 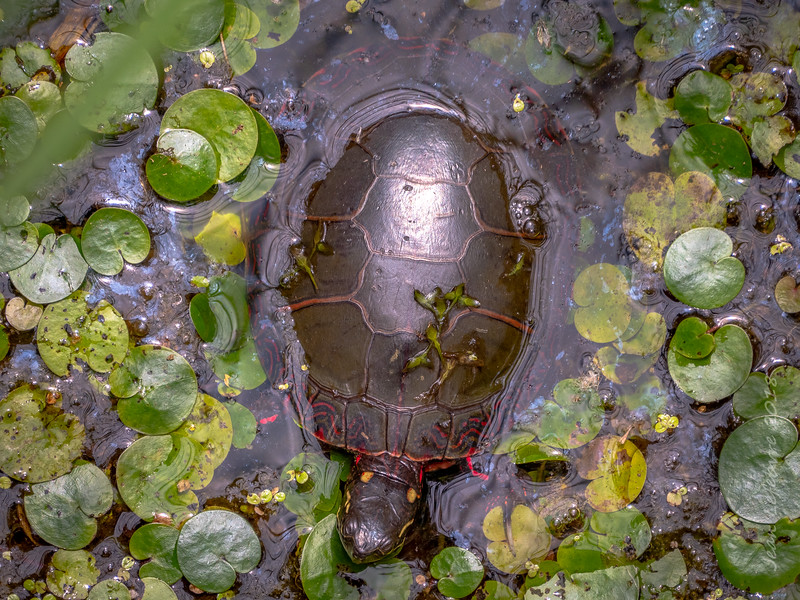 On Sunday we spent some time in Amherstburg, particularly at Fort Malden. We hadn’t been before, and it was an interesting visit. The fort was placed there by the British to defend against the Americans—not always successfully, as it was also the site of the “longest American occupation on British soil.” 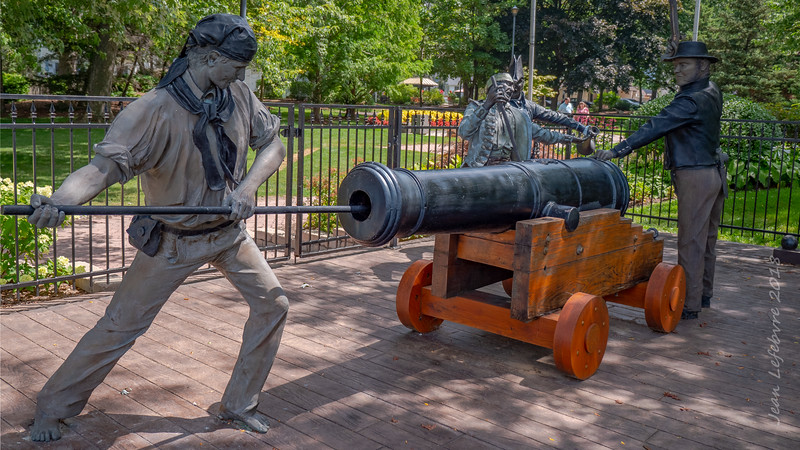 We were there in time to a see (and, especially, hear and feel) a canon firing by the staff. And as you see, there were also certain interesting canon-related statues. 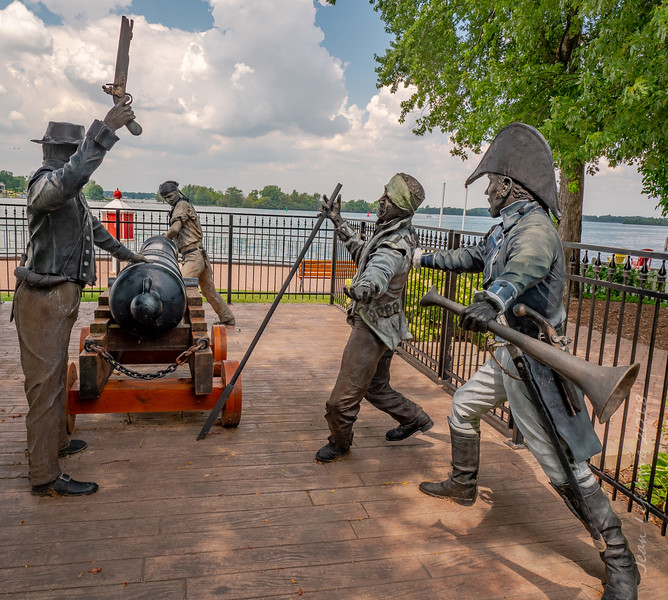 We did “official” tastings at three—Aleksander Estate, Muscedere, and North 42—and had lunch at Oxley Estate. The winning grapes across several wineries seemed to be the Pinot Gris, Rose (from either Cabernet Sauvignon or Franc grapes), and Cabernet Sauvignon. Aleksander had a Chambourcin, which is unusual—and a nice light red. North 42 were sadly out of their delicious Sauvignon Blanc sparkling, but did have a really interesting dry Gerwurtz. Muscedere had some very cute goats helping to tend the grounds; the Vidal named in their honour was nice and apple-y.

We previously weren’t that impressed with Oxley’s wines (unlike their food), so weren’t going to bother doing a wine tasting there, but they did offer “wine flights” with lunch. That meant you got 2 oz. of any three wines of your choices. I did that, and along with Jean’s one glass, we found that their wines had quite improved. We especially liked their Pinot Gris and Auxerrois, both more complex fruity whites.

The guy doing the wine tasting at Aleksander suggested Merlis to us for dinner. We decided to try it. The owner was super chatty and loved to explain how he sourced all his ingredients as locally as possible and changed the menu up regularly. To help us decide what to eat he first for a hunger assessment on a scale of 1 to 10. As I was more of a 3 or 4 I was guided to the eggplant Parmesan—it was actually pretty light and quite tasty. Jean was hungrier had the meatloaf special (along with helping me with my side gnocchi).

We also discovered an incredible chocolate shop in Kingsville, by the simple name of Old Dutch Guys Chocolate. Some of the best truffles I’ve had in ages.

North 42 had opened a bistro restaurant that we looked forward to trying on Saturday. Unfortunately, the service was kind of choppy, and while the food wasn’t bad, it didn’t really blow us away. Nice room, though.

Overall best this time (as we didn’t make it Mettawas Station) was probably Oxley Estates. We arrived right a big rain storm had sent them scrambling (much of the seating is outdoors), but they were able to accommodate us promptly nonetheless. And our meal of a cheese platter for me and pickerel for Jean was quite nice.