Pandora radio is this website / app that is, apparently, amazingly good at finding new music you will like, based on algorithmic analysis of music you already like. However, it’s never been legally available to Canadians.

Nevertheless, I have found my way through to it a few times. But I’ve never had the patience to stick with it long enough to see its amazing-ness in action. Because, of course, you have to “seed” it with information about your current tastes. This requires you rating songs it throws at you, or trying out shortcuts like naming a band you like.

I don’t have the patience to stick with the ratings thing for too long, and naming, for example, The Who, as band I like, results in a fairly unsophisticated playlist of bands like The Rolling Stones, Cream, and Jimi Hendrix, none of whom I’m that bowled over by. (So whatever it is I love about The Who, it’s not whatever musical commonality they have with those bands.)

But, then rediscovered Last.fm. Legally available to Canadians—albeit not on our smart phones!

I had actually signed up for a free trial with Last.fm a little over a year ago, but didn’t end up motivated enough at the time to switch to pay mode. However, I did allow them to continue to “scrobble” on my computer, even though I didn’t quite know what that meant. I just knew that after running iTunes to sync my iPod, it would ask if it could “scrobble” certain tracks, and I’d say sure, and it would apparently do that.

But I checked them out again recently and discovered that it has been essentially building up a profile of my musical tastes. It has lists of the artists and songs I’ve listened to most in the past year, 6 months, 3 months, or ever… Most of which are not a surprise, although the vagaries of the iPod shuffle do result in some weirdness, such as the fact I that I apparently listened to Abba’s “Thank You for the Music” more than any other song last year! (Geez, it’s not even my favorite Abba song…)

Abba, of whose music I am apparently very grateful

And then, if you pay Last.fm (a big $3 for a month), you get access to various “radio” stations based on your stats. You can use them to just listen to stuff you already own (to which I say, don’t I already have an iPod / iTunes for that?), or to a mix of your songs plus other songs they think you’ll like, or to entirely new music they suggest.

You can also build stations based on theme (like 80s music, classic rock, or dance), or other artists, which will also take into account your listening history.

I don’t believe Last.fm has the sophisticated algorithm that Pandora does. So, results are a bit uneven. For example sometimes my mix has just too frequent repetitions of weak-link offerings such Keith Moon solo songs or Queen without Freddie Mercury, or gets too heavily weighted toward female singers (maybe that’s the Abba effect?), leaving me with a testosterone craving.

A girl can only take so much Bjork… 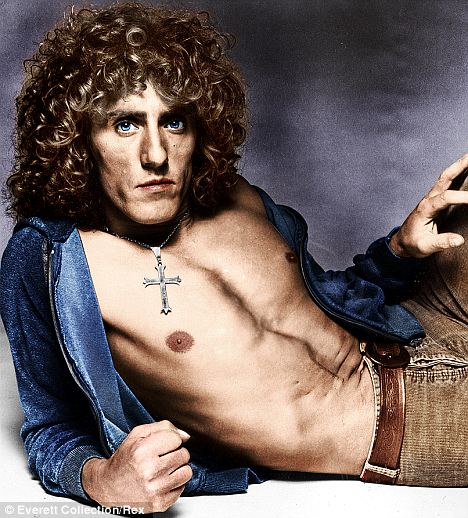 … before she needs a little Daltrey

Although The Who playlist (sigh) has too much Cream, Jimi Hendrix, and Rolling Stones.

Fortunately, though, you can always switch to another “station” if the current one is letting you down. I had great luck with “The Police” radio, for example, which seemed to result in playlist of all the 80s music that didn’t suck! And that magically seemed to improve my “Mix” when I went back to it after.

All in all, Last.fm is helping me find new (or old) music that I like, or had forgotten I like, even though I though I do have to skip forward through some tracks on the way. (I now know, for example, that Elvis Costello did a quite decent version of Christina Aguilera’s “Beautiful”) For the impatient Canadian, it’s not a bad option.