For our Christmas travels I’d lost the argument about flying this year, so we drove off after work on December 22 and made it to Huntsville, then finished the journey the next day. Our unseasonably mild and snow-less winter made for a good drive, fog being the only challenge at times.

Timmins did have snow, albeit far less than usual, and it seemed almost freakishly warm (up to +3 C!).

My younger sister and family flew to Timmins without issues, but my older one had the unpleasant experience of her flight getting all the way to Timmins, then refusing to land due to fog! (Though other airlines were landing in the same conditions.) So she ended up spending Christmas in Toronto after all.

Celebrations began on the 23rd with a belated 80th birthday party for my Dad, held at my brother’s. Pretty well-attended, considering the busy time of year. 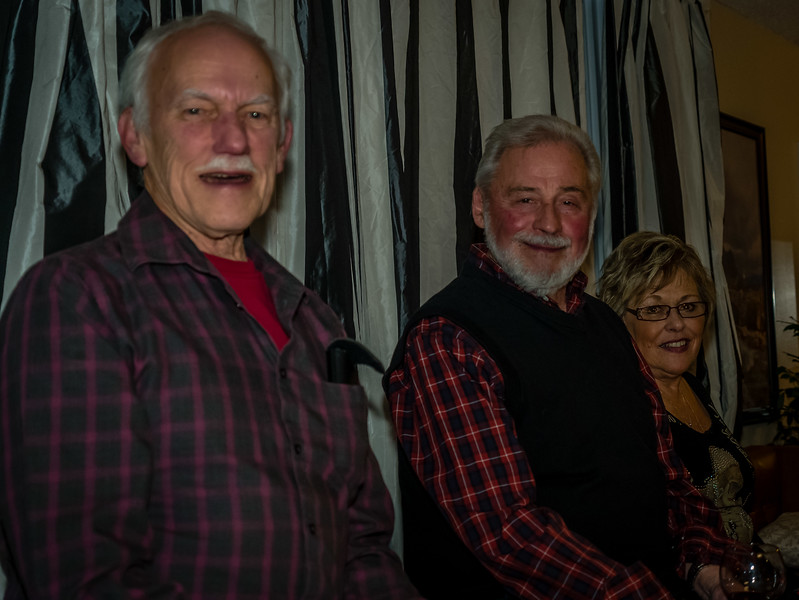 December 24 brought very high winds, then widespread power outages to Timmins. But power was back most everywhere by mid-afternoon. We attended mass at my Dad’s church, then headed off to Réveillon celebrations, first at my cousin’s, then at Lefebvre’s.

The “pie in face” game was delighting the kids this year. (I abstained from play.) 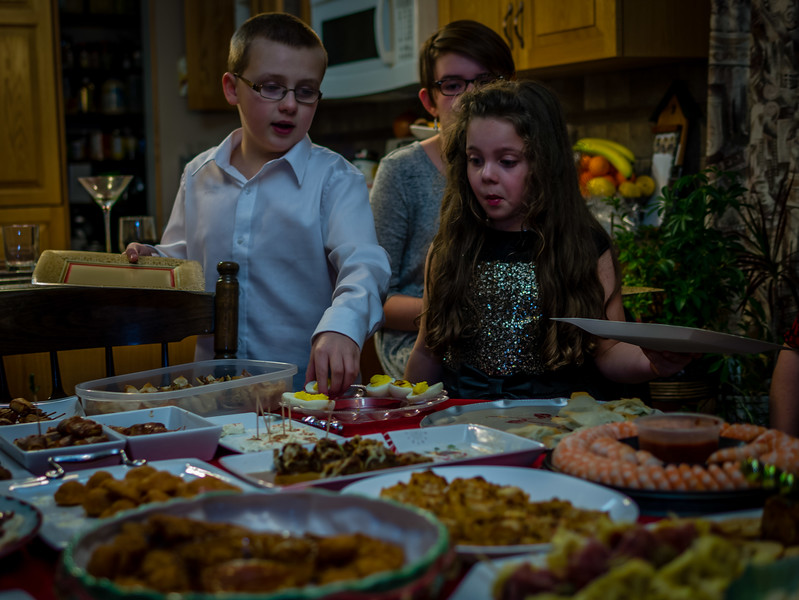 We didn’t lack for food

The “left / right” gift exchange theme this year was “computers,” and the price limit is pretty modest. That meant a lot of USB sticks going around. 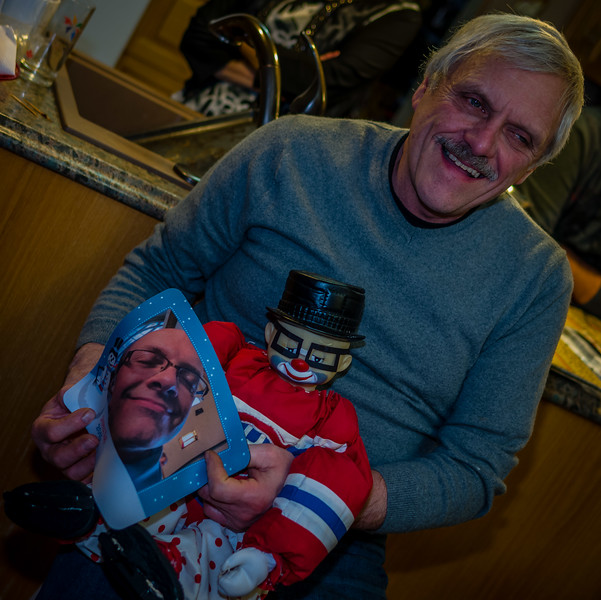 But some people were more creative (and no, Jean did not come up with this mouse pad himself)

Christmas morning was at McNair’s, where we tried a new approach of the “stealing” game. 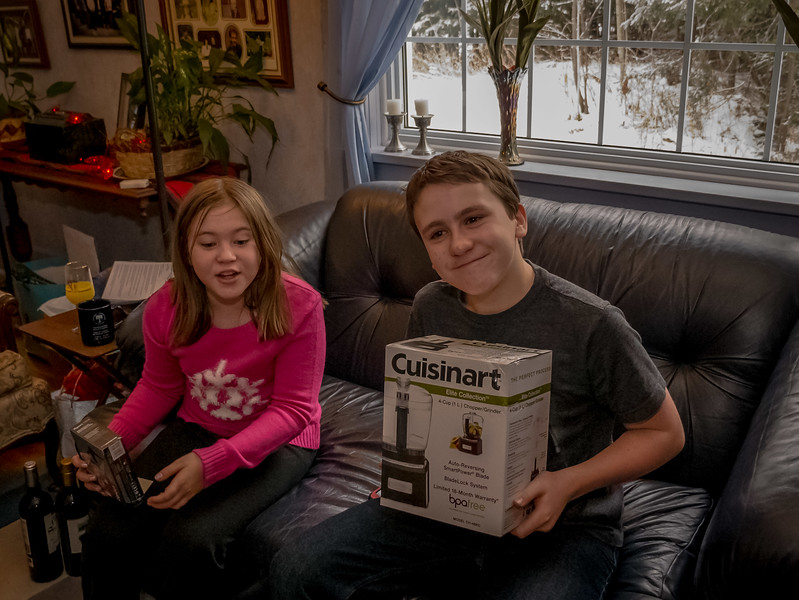 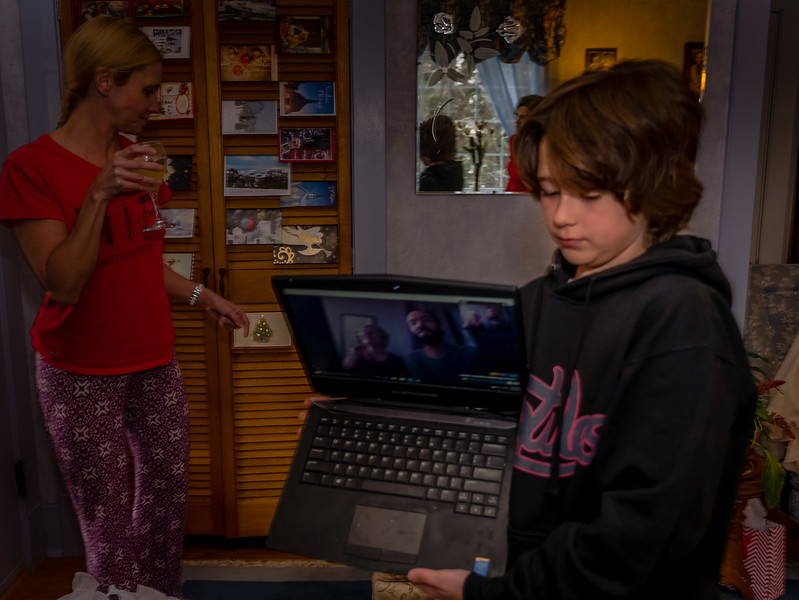 The Toronto folks participated via Skype

A round of trading afterward produced more satisfactory results, at least for some. (I took the mini-Cuisinart off my nephew’s hands and he got my cool gift pack of gourmet popcorn and DVDs.)

A few specific gifts were handed out as well.

And we enjoyed the morning Champagne

The afternoon was consumed with helping Dad prepare the Christmas turkey and fixings. We had 13 people over for dinner, and everything turned out great.

On Boxing Day we resisted the sales, but managed to get together with some Timmins friends at a local coffee shop, which was very nice.

We departed the following afternoon, and except for the car having a mysterious battery failure (solved with a boost), the two-part drive home was uneventful. We even found a very good restaurant in Hunstville for dinner (3 Guys and a Stove).

2 thoughts on “The Christmas after”