Ahead of the long weekend, we took a long weekend, booking the Friday and Monday off and heading up to Ottawa. We had no major ambitions for our visit; it’s just a nice place to go relax. And the weather cooperated—it was a bit warm (hence me wearing nothing but dresses in the photos), but overall can’t complain about a sunny summer weekend. 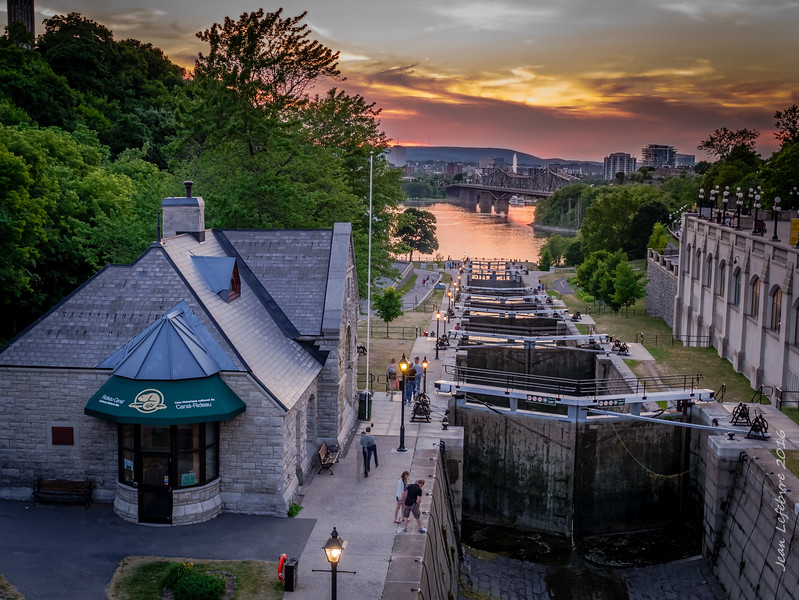 The Rideau canal area of Ottawa

We booked in at the Les Suites Hotel, very conveniently located downtown. The rooms are a bit older, but you certainly get a lot of space: a full kitchen, a living room with TV, along with the expected bedroom and bathroom. We took advantage of having a fridge by buying food from the Market to bring home (in a cooler).

Apart from that, the only thing we booked ahead were dinner reservations. Friday we ate at Beckta for the first time. It has a fancy dining room with prix fixe dinners, but we decided to eat in the slightly more casual wine bar. We still got excellent service and delicious food.

These PEI oysters left us wanting more. We had them with an Ontario sparkling made specially for Beckta.

Jean tried the soup of the day, which was celeriac with coconut. 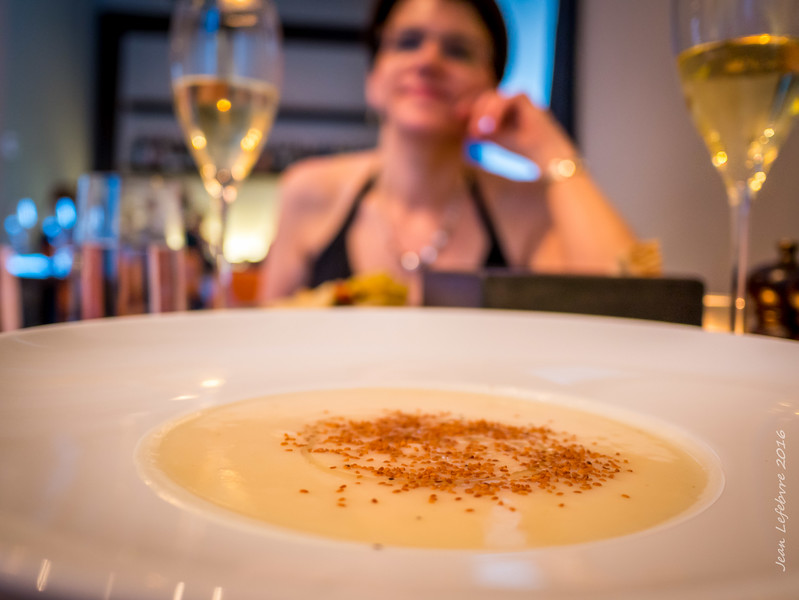 It was good, but not quite as good as my appetizer of Peking-style glazed pork belly in sesame crepe with cucumber and scallion relish. 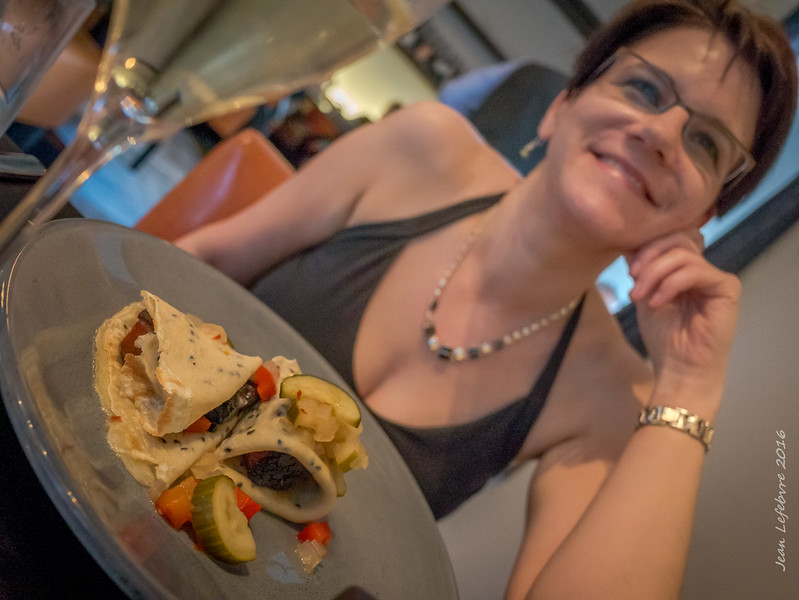 As mains, I had the risotto with shrimp, peas, and mushrooms, while Jean went with the Tagliatelle pasta with confit chicken, black olive pesto, and arugula. We switched to glasses of red wine with those.

Then with dessert, we each got a glass of sweet wine. Jean had a Tokaji, while I had a cabernet ice wine. 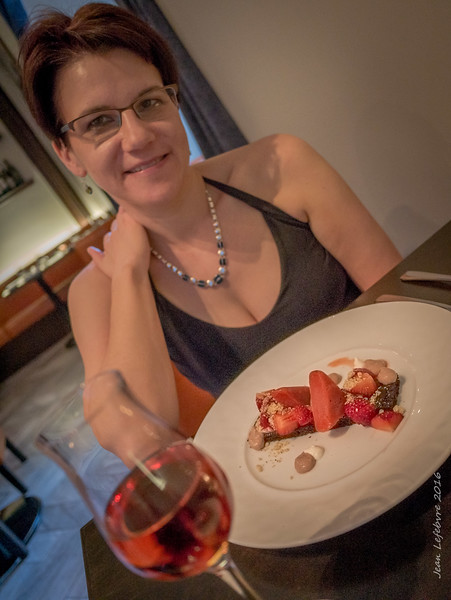 Strawberries and chocolate with sorbet

Which were almost as good as the maple semifreddo

Saturday we ambled around the uptown in the morning. 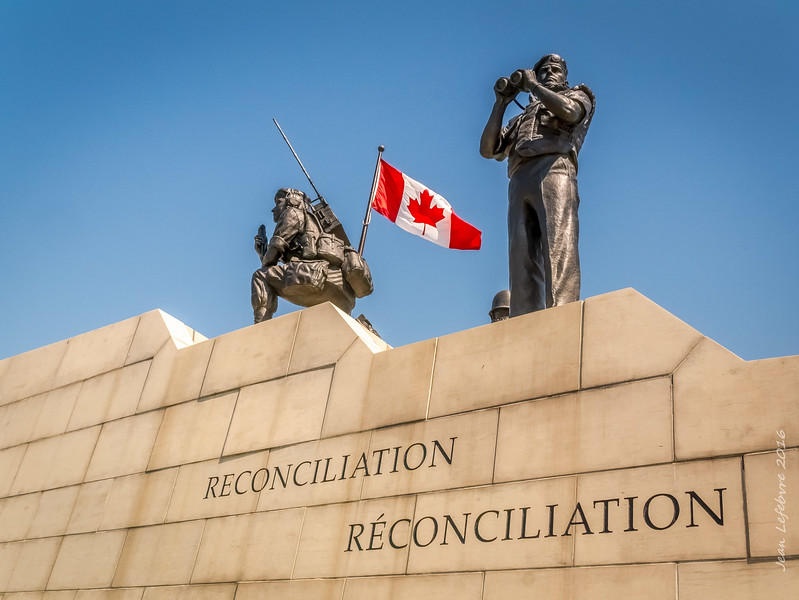 One of the sights we took in

We stopped for lunch at Murray Street, where we had more oysters (this time with cider), and a lovely charcuterie plate of two cheeses, smoked ducks, and two styles of pate. 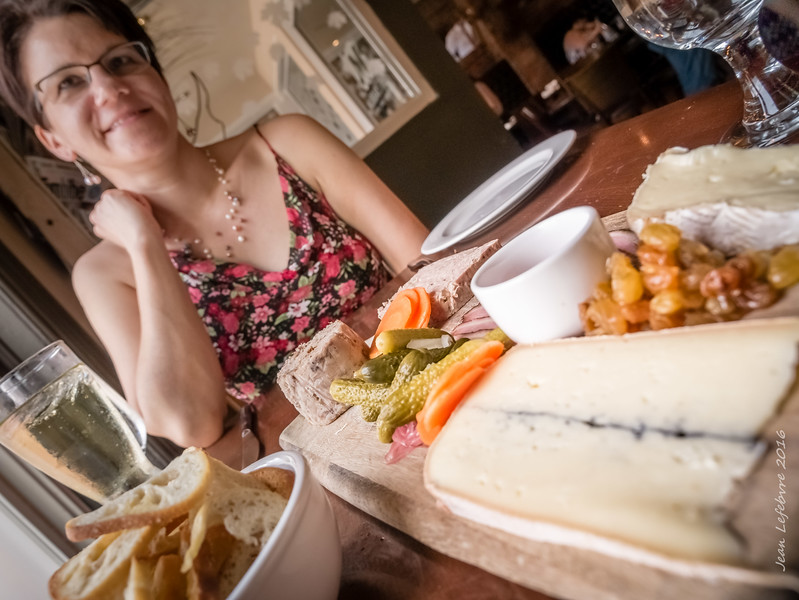 In the afternoon we visited the National Gallery.

For our dinner at Signatures, we were joined by friends who live in Ottawa, which was really nice. Signatures has only prix fixe menus, of three, five, or eight courses. We went with three, but chose different items. 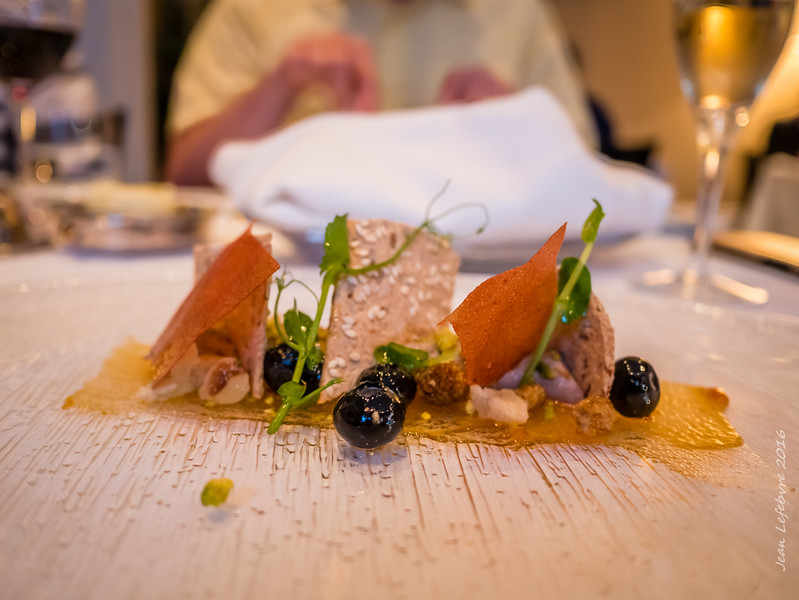 And I the escargots au pastis et tomates.

Then I ordered the cabbage-wrapped trout with dill chips

while it was Jean’s turn for risotto with mushroom and peas. I believe the dessert was the same for both, and can’t recall what that was. (Not because it wasn’t good, though.)

Sunday was even warmer, but we still did the walking around thing in the morning, heading down Bank Street and over toward the Museum of Nature, which we visited after a lunch of Thai food. They had a feature dinosaur exhibit (the Museum of Nature did, that is—not the Thai restaurant). 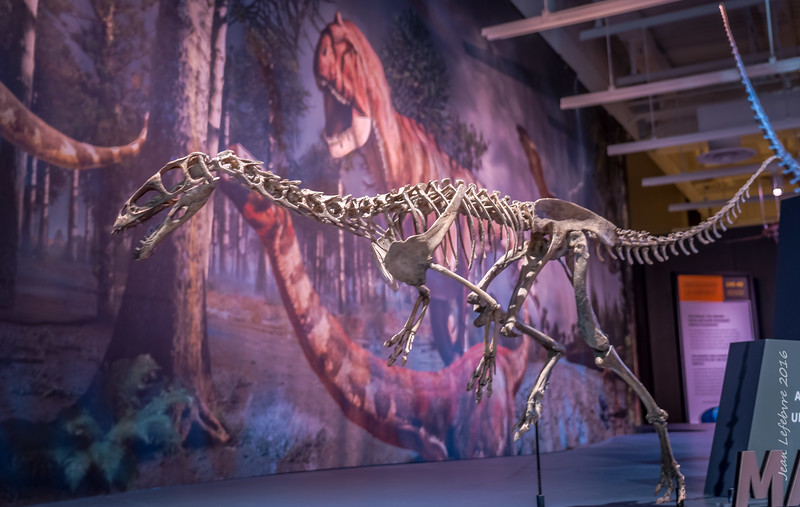 Our final Ottawa dinner was at Sidedoor, which has more of a “small plattes” approach. We were in a seafood-y mood, ordering halibut crispy fish taco, tuna sashimi with yuzu, and coconut poached halibut along with jasmine rice and Chinese greens. 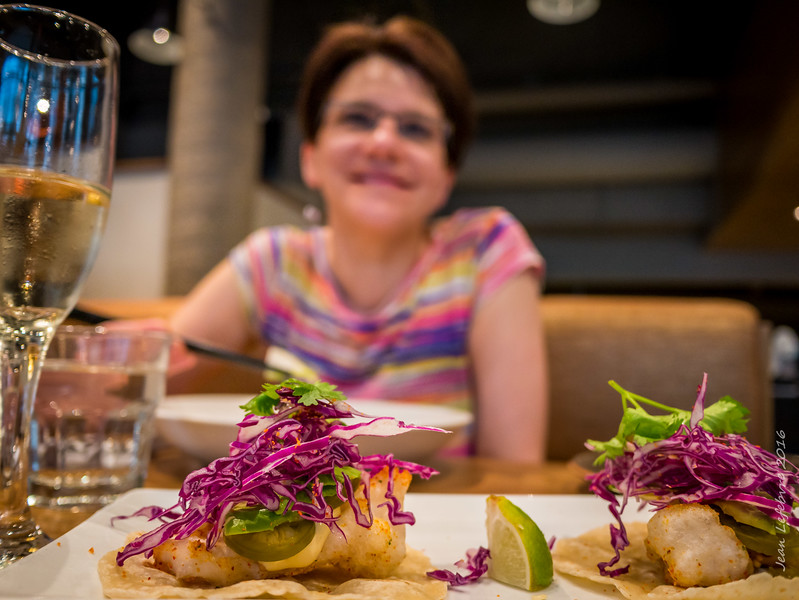 Everything was quite delicious. The only sour note was that our waiter, who had started really well, seemed to lose interest in us at some point, not really checking back once our initial items arrived or asking if we wanted dessert. (I had to volunteer that I did—they have really amazing donuts here!) Odd, as it wasn’t especially busy or anything. Maybe someone had just told him the Brexit news?

One thought on “Ottawa getaway”