I haven’t done anything major of late, but I’m still keeping busy with a number of minor items, such as…

A very buzzy show right now, playing on CW in the US and on Netflix in Canada. Beforehand, I liked the idea of a dark, Twin Peaks-y take on Archie Comics, and I’ve been generally happy with the results. The tone is still somewhat uneven—sometimes exaggerated Gothic, sometimes gritty realism—and Jean does tend to roll his eyes at the drama, drama of some scenes. But we’re both pretty entertained by it, overall.

Doesn’t hurt that he took an instant shine to Betty, while I am seriously crushing on Jughead… On Jughead, yeah. This is not like the comics! Sure, Archie is handsome, but also a jock and a bit bland, and Kevin is cute, but not  in that Adam Lambert way. But Jughead is a writer, he’s sensitive, he’s moral, he’s troubled (poor and bullied; alcoholic father)—and also, so pretty! 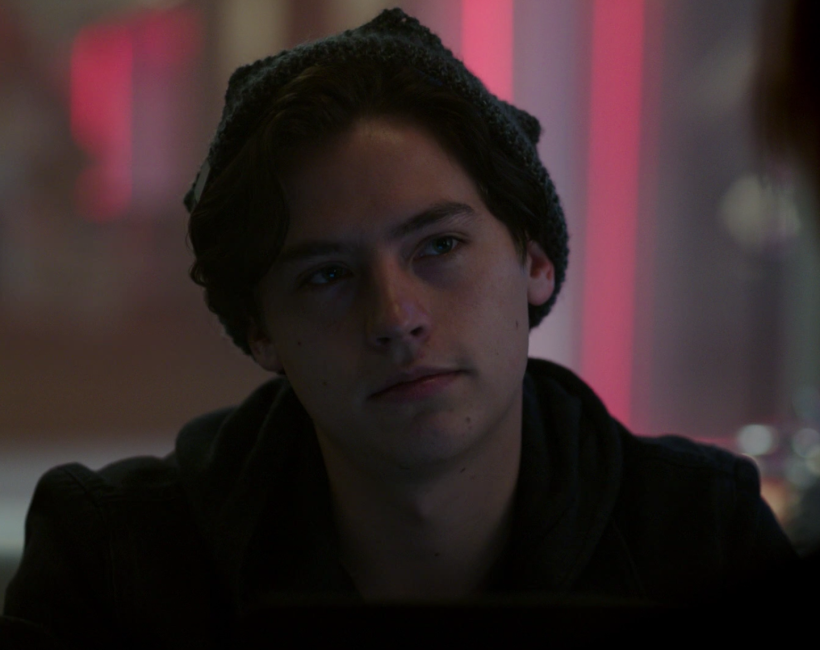 [SPOILERY] There’s been considerable Internet discussion about whether the Jughead character would be asexual / aromantic as in the comics, so I was curious how that would play out. I can’t say I’m personally disappointed with the decision, but it is certainly a missed opportunity to do something groundbreaking.

Back in December we went to see Office Christmas Party, an over-the-top, light comedy we both found kind of fun. But then we followed withe Loving and Moonlight. These are both quality films that I enjoyed. But they are also slow-paced, character-driven dramas, and Jean was somewhat bored by both. So I took a pass on going to Fences and Manchester by the Sea with him—I’ll catch up on those myself.

The Lego Batman Movie seemed like it should be a good bet, though, right? And while it was not quite as good as the original Lego Movie, I was still very entertained by it. But while Jean wasn’t exactly bored, he was just kind of meh on this one. He just didn’t catch all the digs at the Batman lore that made the movie so clever.

And Lala Land? (“Did you know this is a musical?” he asked, walking in. Umm…)

But hey Mikey, he liked it! (Me too. It’s fun, and beautifully filmed.)

Fretting about details of a party we’re hosting

Usually late at night, when I should be falling asleep.

“Huh,” said Jean, when I reported this. “I don’t think about that at all.”

But he definitely helps me work on whatever aspect I’m most recently fretting about.

I guess that makes us a good partnership. Though I do envy his ability to just assume that things will be fine and work out.

Revisionist History is a podcast series, available on iTunes and Google Play.

Each week, over the course of 10 weeks, Revisionist History will go back and reinterpret something from the past. An event. A person. An idea. Something overlooked. Something misunderstood. Because sometimes the past deserves a second chance.

I’ve listened to 8 out of 10 so far, and find them all fascinating. Like:

I’ve always been a feminist, of course, but the US election has made it all feel more acute. My Twitter feed has been feeling gender unbalanced, so I’ve been seeking out more women’s voices:

I’ve also been listening to more music by women. This has led Spotify, who previously recommended me a whole lot of dance club music (thanks to following Adam Lambert, and perhaps enforced by a bout of listening to show tunes) to conclude, well, maybe I would enjoy some Indigo Girls and Melissa Ethridge as well.

I kind of do like their music, though, so it’s all good. And also, the songs by these strong women: