We had planned to take a week’s vacation the first week of June, but Jean’s work obligations necessitated changing those plans on relatively short notice. Fortunately, we hadn’t made any grand travel plans—it was just going to be a driving trip to parts of Ontario and Québec. But we had to scale it back.

We started with a weekend in Timmins, where Jean went off on fishing trip with his brothers. He expected, I think, that it would be a fairly leisurely couple of days. Instead, it was early mornings and late nights of fishing, cleaning, filleting, and vacuum packing. “I was not prepared for that!” he confessed on his return.

But, now we do have some very nice Northern Ontario pickerel.

I, on the other hand, really did have a leisurely time. I flew up and stayed with my Dad, visited with a Timmins friend, had a dinner with my brother’s family (hosted by Dad), watched some Netflix…

We traveled back on Monday and Jean had to work the rest of the week. I decided to take Thursday off to go see Guys and Dolls in Stratford. I picked it mainly because it was the matinee that day—I didn’t know anything about it, really. But it proved a good choice. Deservedly well-reviewed, it was a fun musical with beautiful costumes and some absolutely stunning dance sequences. The songs were great, and included two that I knew: “If I Were a Bell” and “Luck Be a Lady Tonight”.

30-second look at Guys and Dolls

I had taken the train to Stratford (thereby learning you can take a train to Stratford) on what was an absolutely gorgeous day, and after the play Jean drove in to join me for dinner. We went to Bar Fifty-One, which is a new part of the Prune restaurant, a Stratford institution we’d never eaten at. I stuck with the bar menu, and was quite happy with my grilled asparagus with Parmesan appetizer and seafood pie entree. Jean tried the restaurant menu and was very impressed with the chicken liver mousse appetizer, but somewhat less so with his smoked Muscovy duck breast main.

For the following weekend, we’d had an Ottawa hotel booked, so we decided to keep that and book some flights to get there and back. I flew up earlier, with plans to tour Parliament and meet some friends for dinner. Neither of those plans quite worked out. The tours were sold out for the day, and I messed up my communication with my friends so they had the wrong Friday in their calendar. Still, it was a nice day there, and the meal at Play Food and Wines was delicious.

And Jean did arrive at the expected time. We took a walk, and enjoyed our funky, European-style Alt hotel. 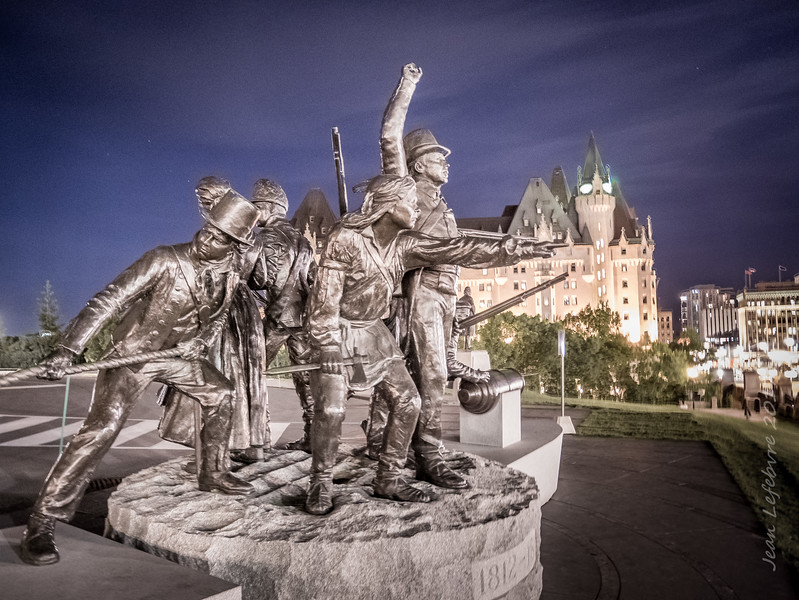 Ottawa has a lot of interesting street art

I did get my Parliamentary tour the next day, and it was pretty interesting. (It’s also the last year you can do so before the place closes for renovation for 10 years!) We saw the House of Commons, the Parliamentary Library, the Senate… 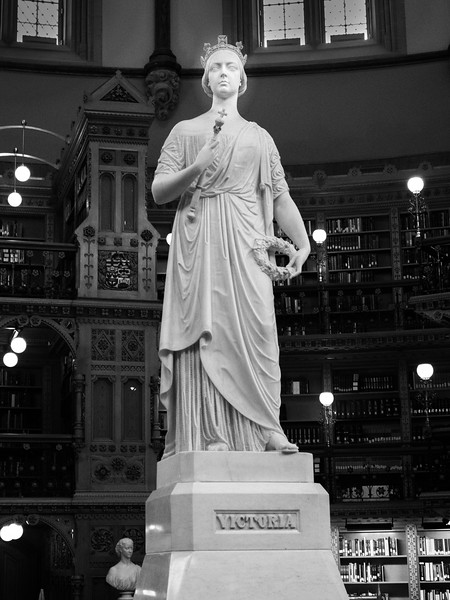 Statue of the Queen who selected Ottawa as Canada’s capital, inside Parliament’s Centre Block

Ottawa was in full prep mode for Canada 150 celebrations on July 1, meaning a lot of construction and sections of museums down for renovation. We visited the Museum of Canadian History, where they had a pretty interesting exhibit on hockey—even for people not deeply into hockey—and another small one on the Canadian immigration experience. But the main gallery was inaccessible, so it did make the whole visit seem a bit “slight”.

A rather cool statue in the Museum of Canadian History

We thought we had reservations at Whalesbone that evening, but they have this annoying phone-only system, and our two calls to them weren’t sufficient to hold it. We would have had to have make a third. We were still able to dine at the bar, and I have to say that the food was just delicious: Really fresh seafood with lovely, tasty sauces and sides. But not sure we’ll be back, given the difficulty of making a reservation (not as if they ever answer the phone…).

Sunday we went to the Market, where they had an Ignite 150 exhibit area highlighting different parts of Canada. Buskers were also on deck that day. That was fun. I also purchased a couple tops from one of the market vendors. And we went back to Play for a late lunch. It was really good again! 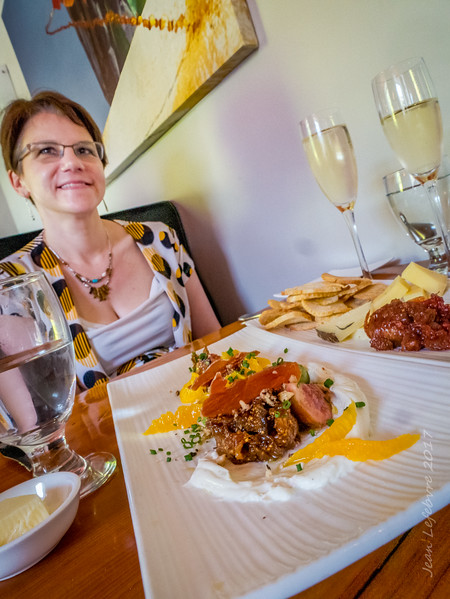 Fig and prociutto appetizer on the right, cheese selection on the left

Then we did some more walking, shopping, and (mainly Jean) photography-ing on this warm but beautiful day. And our joint flight back to Toronto and even the drive back to Waterloo all went very well. 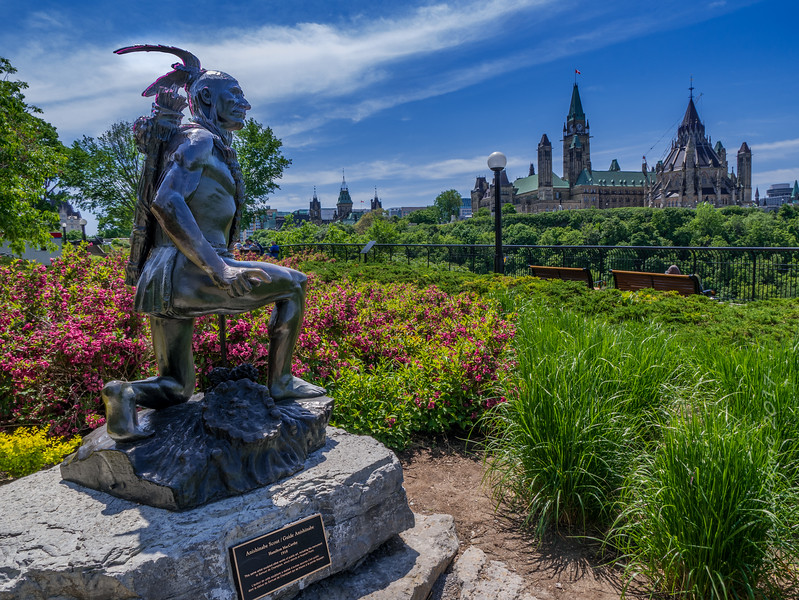