The new Where to Eat in Canada is out, and The Berlin has made the cut for the first time, as a two-star restaurant. We happened to dine at The Berlin this weekend, and the reaction of the staff upon being told the restaurant was listed in the guide now, was basically:

We’re in the what now?

Which likely shows the diminishing influence of a publication that remains strictly print based (save this tiny website). There’s no app. Where To Eat recommendations aren’t included as part of Google searches. Heck, you can’t even get it as an ebook.

The author, Anne Hardy, literally still works on a typewriter, sending an occasional email to her contributors only with great reluctance (and some assistance from her editor).

So why would anyone under 30 know about it, even if working in the higher-end food industry?

Where to Eat in Canada is meant to be a kind of Michelin Guide for Canada—list only good restaurants, with ratings from no to 3 stars. Very hard to be a three-star restaurant—Cambridge’s Langdon Hall just made it back after a few years downgraded to two. But a difference with the Michelin (apart from them being quite web-enabled now) is that all reviews have the personal touch and style of Anne Hardy herself.

This makes it a fun look-over whenever the new edition arrives, and it can be handy when planning a visit to a particular Canadian city or town.

But it’s also always been organized a bit strangely, alphabetically by city name. There are maps, but only to indicate where each city / town is, not where the restaurants are in each locality (for how would that fit a in a physical book?). Each listing does include an address, but usually doesn’t say what part of town it’s in. I generally have to sit there book in one hand, Google Maps in the other, to figure out if a listing is anywhere near where my hotel is.

And as an intended traveler’s guide, it does lack some portability. Do you want to cart a 332-page paperback with you as you trek around town as a tourist? Or would you rather just check the TripAdvisor restaurant listings on your phone?

As for our Berlin dinner, they did quite a good job, despite it being a busy Saturday—A full restaurant plus a wedding party in the room upstairs—and having some key players away that day, including chef Jonathan Gushue.

Although the fixed four-course menu was pretty tempting, we went with assembling our own four-course dinner. Jean had the oysters in grapefruit dressing, I the roasted asparagus with lemon and pecorino. I had a really good gruner veltliner with that, Jean a very interesting sparkling. 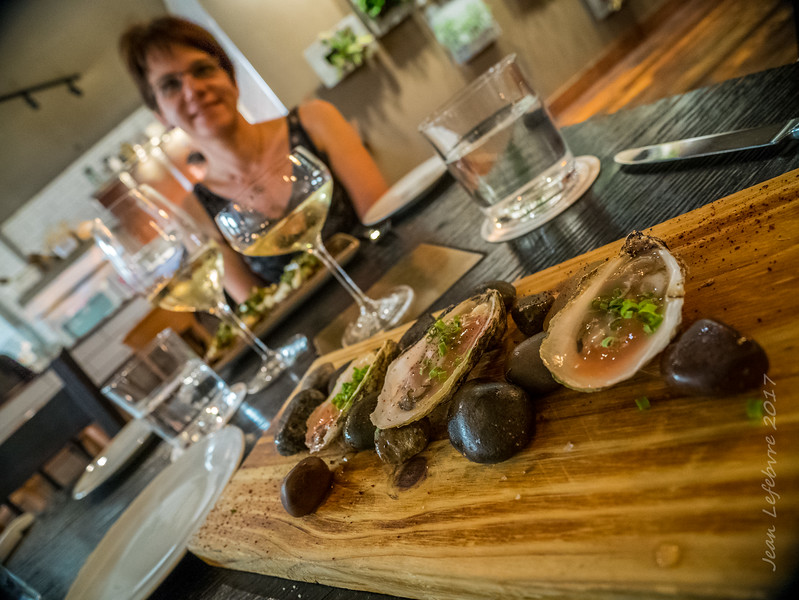 As an appetizer Jean went with a terrine of foie gras and pork while I had a tomato salad with fennel, avocado, and prawns. 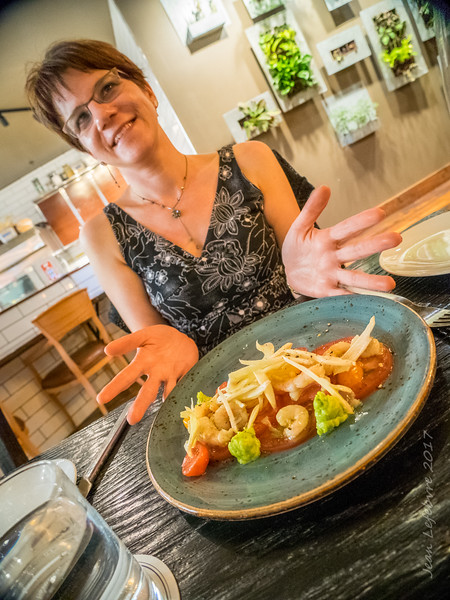 Then we both had the goose confit with a broccoli salad and white bean ragout. 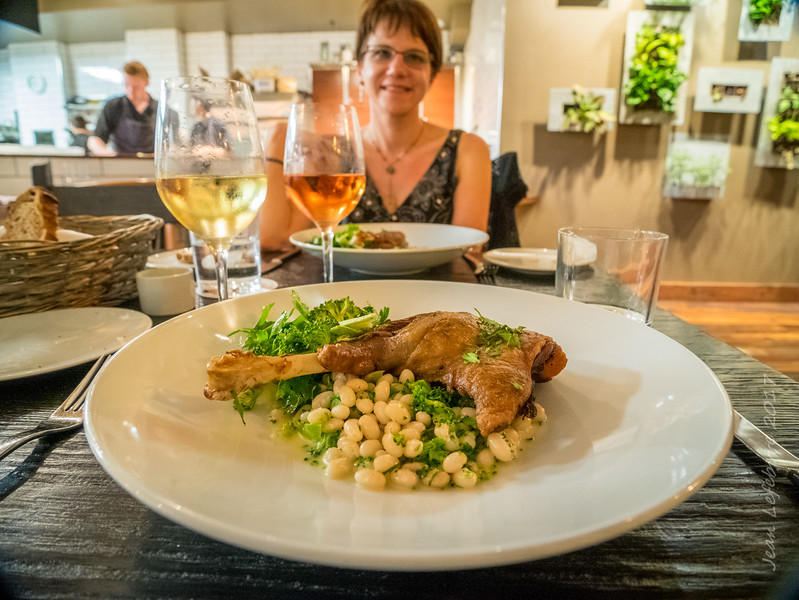 And we shared the strawberries and vanilla ice cream with fennel meringue, which was very interesting).

The only hiccup in the service was a longer-than-ideal delay in getting our second glass of wine, a Tuscany rose for me, an intriguing muscat blend for Jean. Possibly because of that—or because I mentioned I’m a “food blogger”?—we were credited for some items on our bill.

2 thoughts on “Where to eat in Canada: The Berlin”