I went to see Lowest of the Low in concert again on January 20. That ties  them with The Who, Bob Geldof, U2, and Sting as the artists I’ve seen live most often: three times each.

If I keep going back to see Lowest of the Low, it’s partly that it’s so easy to do: All the shows I’ve seen have been at small-ish venues in my hometown. But it’s also that, 26 years after their first album’s release, the music still holds up.

First we had a rather enjoyable dinner at Solé.  Lots of laughs during the conversation. (Turns out we could make a double-entendre out of anything, even snowshoes.) We also enjoyed the food. 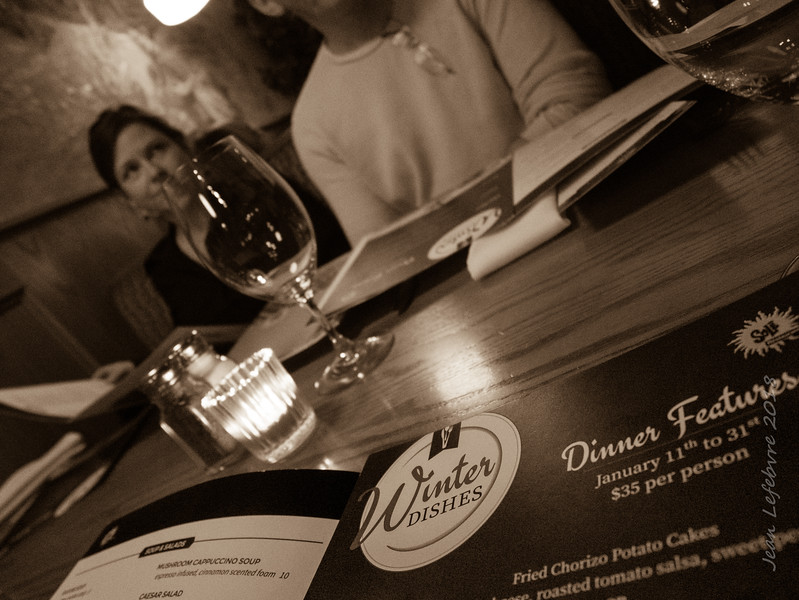 A rather arty photo by Jean of our Sole dinner

And we arrived in a good time at Maxwell’s, my first time at this relatively new venue. I knew there wasn’t assigned seating, but wasn’t aware there basically wouldn’t be any seating. Jean suggested we go right up to the front of the stage, so we could lean on the barriers. This led to Tim to singing a bit of Alanis’ “Front row” (not one of her more famous songs—but I know it).

But the thing is, although Lowest of the Low have the one semi-famous album, Shakespeare My Butt (routinely selected among the “Best Canadian albums of all time”), from which various songs were indeed played on some Canadian radio stations, no one particular song from that album became a big hit. So seems people either know all 17 songs from that album, or they know 0.

Now, we were all the 0 group for opening act Jane’s Party Band—but they weren’t bad at all. They are Toronto-based, and get some support from various members of Blue Rodeo. And their guitar player, who was standing right in front of us, was a real babe. So it wasn’t hard to pay attention.

Then around 9:20, Lowest of the Low started their set. By this time, the place looked really full! They apparently have not lost their ability to draw a crowd in KW. 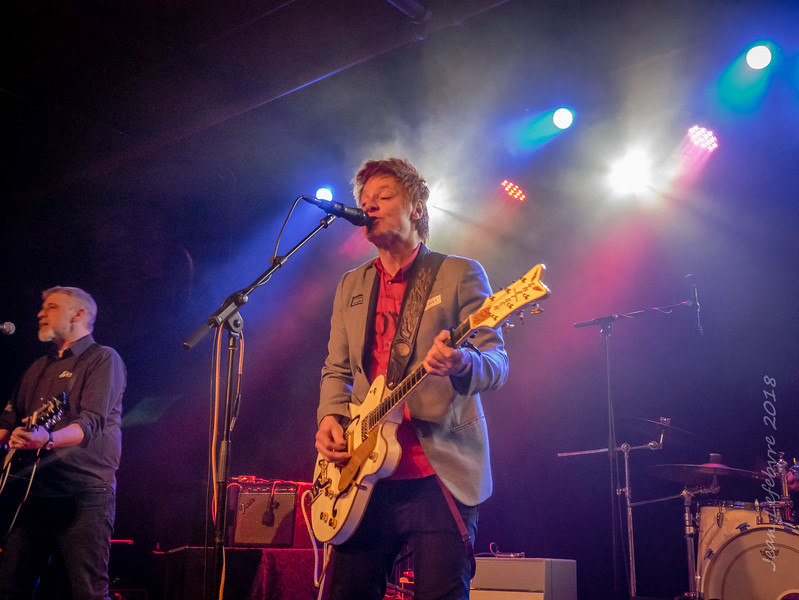 I’m in the front row
The front row with popcorn [beer, really]
I get to see you
See you, close up

I knew I’d have no hope of remembering the setlist, but thank you Internet, here it is. Mostly from Shakespeare My Butt, still, starting with “Kinda the Lonely One” and ending with “Rosy and Grey”, with seven others in between. Next most represented was the new album, Do the Right Now, with five songs. Then two each from album three Sordid Fiction and the under-rated (in my opinion) second album Hallucigenia (and that did not include “Black Monday”, much to the dismay of the dude requesting it from the opening chords). 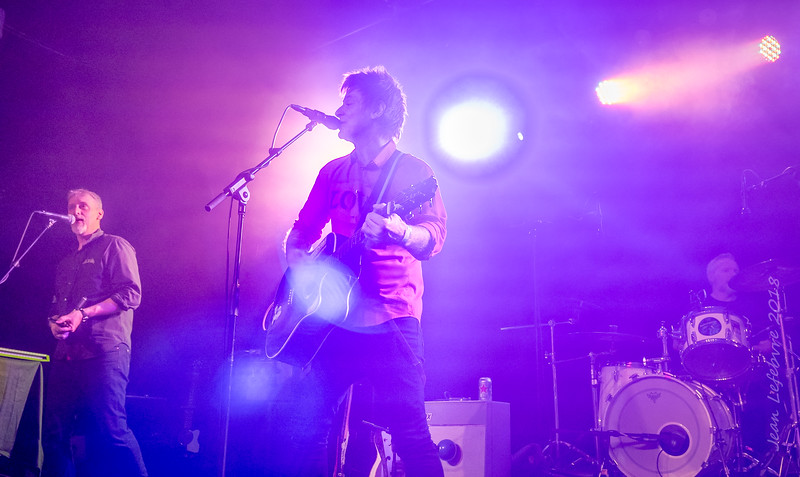 It was a fun show. Lead singer and songwriter Ron Hawkins is very charismatic and entertaining. And while I like all their music, it is true that the Shakespeare My Butt songs that still make up the bulk of the set have a certain poppy “bounce” to them that it somewhat lost in their later work. The lyrics take on some big issues, so it’s a little weird (when you think about it) to be happily singing and dancing to songs about homelessness, serial killers, mental illness, and the Spanish civil war. Best not to think about it!

“Hey Waterloo. What a perky bunch! Pace yourselves; we have a lot of songs to play.” — Ron Hawkins 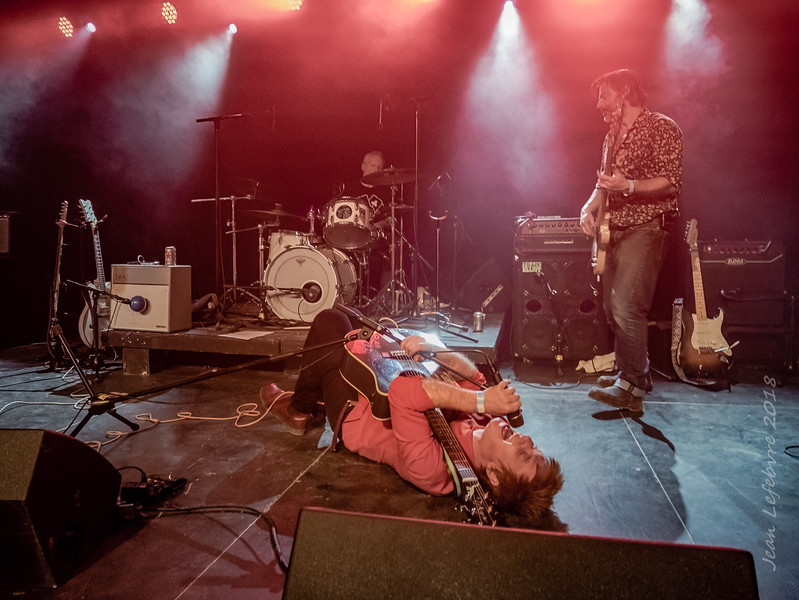 The crowd were a perky bunch. When Ron decided to take a lay-down mid-song, the girls behind us requested front-row access to get photos. Which was fine. They also occasionally joined Jean and I in dancing. Also fine. But then another girl decided she was getting the front row, and staying there, and flaying her arms around, putting Jess at considerable risk until Tim made himself a human shield. Less fine.

Still, we overall had a good time. I liked this venue better than the last one I’d seen them in, The Starlight. It just seemed cleaner (at least at the start of the show) and was bigger, and better suited to loud, lively band. And since Lowest of the Low fans are few and far between in the world, it really is fun to have the rare occasion of being in a room full of people who also know all the words.

2 thoughts on “Lowest of the Low live at Maxwell’s”