I was on vacation in Seattle, and awake before Jean was, for some reason, when I got an email about a pre-sale for a Who concert in Toronto nearly a year later. Buying a concert ticket on a tablet while on vacation isn’t the ideal scenario, but I had the time, so I figured I might as well see what I could get.

As anyone who’s tried it knows, buying tickets from Ticketmaster is a roll of the dice. Who knows what seats it will cough up for your consideration, and at what price, at any given time?

But this time the dice landed landed on: Floor seats! In the front centre section! And at the normal price, no VIP / resale nonsense!

Stunned, I started the checkout process…

Only to lose the connection partway as the flaky hotel wifi conked out.

Cue the swearing. (Quiet swearing, as Jean was still sleeping.)

Wifi returned, I tried again, and… So did my luck! I was still able to get front center floor seats at the normal price! And this time managed to complete the purchase. (The show was great.)

View from the floor was pretty good!

I have no idea how or why that happened or how I could possibly replicate it. I don’t recall who I got  this presale offer for, except that it wasn’t the fan club and it wasn’t American Express (I’ve never had an American Express). Was it just that the sale took place so far ahead? Did The Who just decide not to hold back that many seats as “VIP”?

We know the deal with Ticketmaster, that it’s exceedingly difficult for any human to beat out the resell bots—that, it turns out, Ticketmaster is in cahoots with). And that presales (and even the general sale) only have a subset of seats on offer, giving a constant impression that they are going fast.

I have had great, even front row, seats at other rock concerts, but that involved either not dealing with Ticketmaster (Bob Geldof in Ottawa, Roger Daltrey at Casinorama), or paying for VIP (Adam Lambert, who, as a solo artist, at least has moderate prices. If you don’t count the expense of getting to Berlin.).

Views from the front row 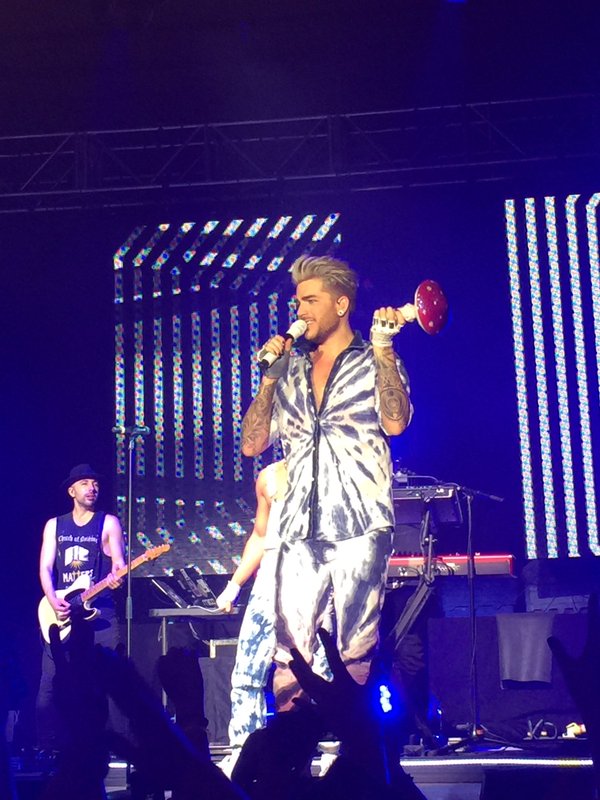 But for big shows in arenas, I think that Who concert was my once-in-a-lifetime good ticket-buying experience that won’t come around again. Especially since Ticketmaster keeps finding ways to make things worse.

Their latest ploy is to not tell you what the ticket prices are ahead of time. I don’t buy tickets often enough to know when this changed, but I’m certain that in the past you could look up ahead of time what ticket prices would be at different levels, so you could plan. They seem to not do that now.

I thought their main motivation must be that, in the frenzy, people might spend more than they otherwise would had they been able to plan ahead. But according to the CBC report on Ticketmaster, it’s also because they sometimes raise the prices a few hours after they initially go on sale.

They’re taking their queue from the airline industry.

Then there’s the new “Waiting room”. Admittedly, it wasn’t ideal before, sitting on the ticket buying web page waiting for the on-sale time, then refreshing and hoping nothing crashed before you could get in there to roll your dice.

So now, about an hour before the on-sale time, you can click to go into a “waiting room”. At on-sale time, it refreshes and you are “randomly” assigned a place in line.

There’s a little animation of your place in line that moves along as the number of people in front of you drop. You daren’t go anywhere else, but it’s not the most compelling viewing. (I can’t find a screen cap of it. Everybody must be too stressed while waiting to take one.)

Finally, your turn comes up, you copy in your presale code, you see what seats come up! And how much they are!

My target this time was yet another Queen + Adam Lambert tour. It was awful. I switched between seeing what was available for general sale and what the “cheaper” VIP offered. You couldn’t seem to look at both options at once, and of course, every time I went back to one or the other, the available seating was less. (Also, the Best Available sorting? Really wasn’t in that order!)

I finally picked something. I winced at the total, but smiled at the seating chart.

I don’t have a solution to this. If you want to see a big rock concert at an arena, Ticketmaster and resellers are your only option. Queen + Adam Lambert are encouraging use of Twickets, where people aren’t allowed to sell the tickets at higher than the price they paid. So that’s nice, but they currently have 0 tickets on offer. (Admittedly, there’s a lot of time for people’s plans to change.)

In Europe, they seem to have many more places where you can still buy general floor seats, then end up with a good spot if you’re willing to wait in line for them. Not all that helpful for North Americans.

So, I’m just glad there aren’t that many artists for whom I’m willing to go through this. 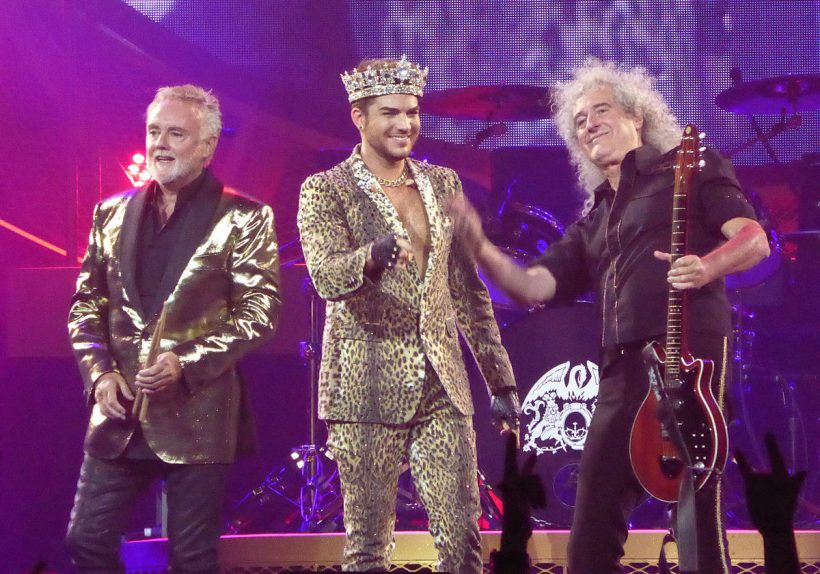 One of the few